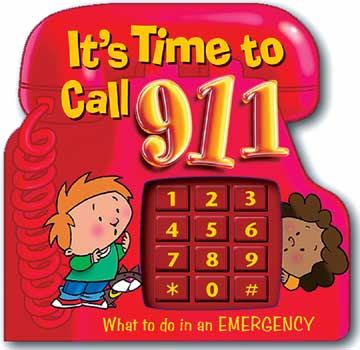 If you need help for a police, fire or medical emergency you simply dial 911. That was seemed the best idea to pick this three-digit number to save time dialing telephones. Technology has changed and even the cheapest of telephones has an automatic dialing feature rendering the 911 numbers unnecessary.

Cellular telephones have replaced wired phones for an ever-increasing segment of the population. The 911 police operators have hated cell phones because they don’t give a fixed location for the caller. A large percentage of the 911 police related calls come not from crime victims but from suspects. The 911 operators want to be able to tell responding officer exactly where the caller is located. That’s difficult to do even with the newer GPS equipped phones. In order for GPS to work the phone itself must be outdoors.

Our law enforcement folks have spent our money aggressively trying to resolve GPS and technical issues related to intelligence gathering efforts. Law enforcement agencies are in the process of building massive databases using software for trapping names, addresses and the telephone numbers for future use by investigators locating suspects, witnesses, search warrant and wiretapping targets.

Lost in the shuffle are people who are in dire need of police, firefighters or paramedics. Also lost are people trying to report run of the mill crimes. A cell-phone 911 automatically gets you sent to the California Highway Patrol. From there you’re routed to LAPD who sends you to a voicemail jail of confusion. Add to the mix the usual slow response from LAPD and you’ve got endangered lives.

The 911 cell-phone glitch is really great for the FBI Uniform Crime Report statistics since a large percentage of callers simply give up and terminate their calls rather than report crimes to police. The Mayor can tell the news media how the crime rate has gone down.

Perhaps it’s time to back away from 911 call centers and give police and fire their own numbers again. Since there are fewer calls for fire and medical emergencies those calls can be handled with ease. Police should have two numbers, one for emergencies and another for reporting crimes when the suspects have already left.

HEY MEDIA,MOST COPPERS ARE LIFETIME NRA MEMBERS AND FERVENT SUPPORTERS OF THE NRA AND ISRA.

Please 911, I once had a restraining order for a man that even knifed my dog. He was shooting off his rifle and saying " he is going to kill me"!
I called a friend that told me to get on the floor and call the police aka 911. TWO hours later, they showed.
What I am saying is NOT all people call 911. We are in shock, get the point?? Phil Spector was in shock and trying to help Lana.
Thank you,
Joyce Danelen at yahoo dot com
Thanks for all the wonderful emails and calls. SET PHIL SPECTOR FREE!
P.S. I am not any part of
Danelen.com. Google