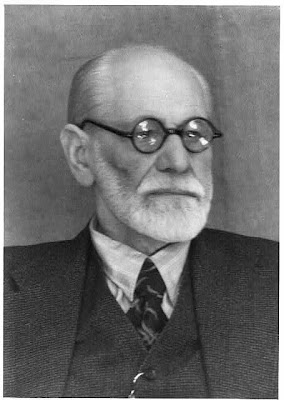 Spector lawyer Bruce Cutler said it all during his opening statement for the Defense in the Phil Spector murder trial. He said that the cops had, “Murder on their minds.” It took nearly a year for the cops and prosecutors to sell a murder theory to a Los Angeles Grand Jury.

The truth is that cops and prosecutors get famous by arresting and prosecuting the famous. That is in itself an incentive to bring forward cases that should never see a courtroom.

The most significant red flag of bad faith to me was the refusal of the cops and prosecutors to allow professionals to conduct a psychological autopsy on Lana Clarkson. This is the standard practice for medical examiners in similar cases to determine the true state of mind and suicidal tendencies of a person found dead where suicide, drug abuse or murder is not clear-cut.

The mind probing post-mortem would have opened medical records and included the input of the people treating Lana Clarkson for depression, substance abuse and pain. Her friends, family and others familiar with her history would have been interviewed. The professionals would then render their own opinion to aid in the fact-finding process.

The deliberate sidestepping of the psychological autopsy of Lana Clarkson has a foul odor to it that permeates the entire prosecution. My question is simple what were the cops and prosecutors trying to hide?
Posted by Paul Huebl Crimefile News at 8/13/2007 02:11:00 PM

The Cops and the Prosecution have been trying to cover up Lana Clarkson's pyschological modus operandi and in this endeavor they have not been entirely successful.

This is because in evidence is the fact that Lana Clarkson broke both her wrists at a Christmas Eve Party in 2001 where she performed this torture and harm on herself publicly and more importantly before she knew or had had any contact with Phil Spector.

Because Lana harmed herself seriously in Dec 2001 and in public- there is a greater likelyhood that Lana would harm herself again and in public - this time - in front of Phil Spector at his home in Feb 2003.

Sadly for Lana who broke both her wrists at a Hollywood Hills party in 2001 - she took a wrong turn then and then another wrong turn -and it was all downhill for Lana after that.

let's ignore the evidence and spurt out our anti-authority slant and we can ignore the fact that she had never been in that house..let's see, does this make sense to you?

they walk in, she sits by the door
(evidence of intention to leave)
but instead she says, hum, I think I will kill myself tonight, this seems like a good time then looks around for something to do it with, and lo and behold the only place she has access to has a gun all ready for her, she opens the drawer
(contents not known to her, she was a stranger in his house)takes the gun out and blows herself away in a strangers' house..If it doesn't make sense it ain't true (direct quote from Judge Judy)

"My question is simple what were the cops and prosecutors trying to hide?"

The REAL question is, what was PHIL SPECTOR trying to hide for those 40-plus minutes as he refused to let police in to assist this "poor, pathetic, suicidal" girl? He was too busy washing up in the toilet, which coincidentally, is where his entire defense is headed.

Anti-authority? Don’t let the Constitution and it’s presumption of innocence get in the way of a lynching!

You speak of a prosecution murder theory, which is NOT evidence. It took nearly a year before prosecutors could sell that weak murder theory to a Los Angeles County Grand Jury in order to obtain an indictment against Spector.

The evidence here at best goes both ways and the jury must believe that there is proof beyond a reasonable doubt in order to convict. There are serious issues of judicial error and the un-sequestered jury being tainted by people that want to turn this trial into a sporting event rather than required due process.

Lana Clarkson’s “intentions to leave” were mot expressed through anyone's testimony. Clarkson's intentions to "Chuck it all" Were expressed by the troubled woman herself to several people who have testified under oath at this trial.

After Clarkson shot herself Phil Spector came out and communicated to the limo driver to get help. He had a cell phone and used it to do so. I think it obvious that the limo driver did not hear or perhaps understand what Spector told him.

The limo driver lied to police saying he saw a small black gun with brown grips. The limo driver saw the gun on the ground, not in Spector’s hand. The grip area would have been completely covered by even the smallest of hands. Of course this illegal alien is on the fast track to a Green Card for his testimony.

The 40-minute period was waiting for the cops. Spector let them into his home. This toilet theory is off the wall just like the missing fingernail bullet wipe evidence that prosecutors dreamed up.