A Compromise Verdict For Phil Spector? 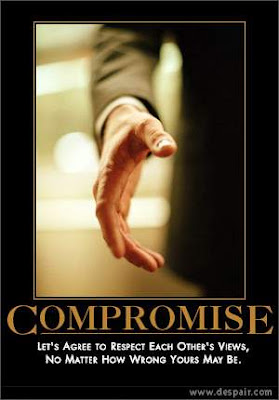 What is a compromise verdict you ask? That’s a way for a jury to give the prosecutor and victim or their family something when the murder case fails. Some jurors believe that the defendant will somehow avoid jail if they can return a guilty verdict on a lesser offense, even though this is behavior is jury misconduct it happens all the time.

Prosecutor’s love to submit lesser included charges like Manslaughter or Involuntary Manslaughter to avoid losing the entire case. Prosecutors too often try this in order to win a lesser conviction as a consolation prize for their efforts through an illegal compromise verdict!

Because of their ignorance about mandatory prison sentences juries are fooled into thinking such a verdict will end in something like probation.

Prosecutors charged Murder and they should be forced to prove Murder. If they went after Spector on a lesser charge that would be quite different but that’s just not the case.

An Update! Judge Fidler ruled this morning that there will be no charge considered other than Second Degree Murder.

Paul, I'm starting to think you are Phil Spector...