Terrorism, Turbans, Sikhs And The TSA 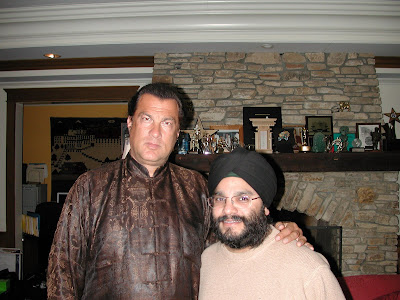 Yes I hate the TSA and the bureaucrats that spawned their invasive and insulting style of pseudo-security. Unlike the TSA model, real security is not measured in inconvenience, aggravation or excessive cost in tax money and freedom.

Airline security in a post 9-11 world should begin with denying access to our airplanes ay anyone carrying a passport from an unfriendly country. The TSA, No Fly List is nothing but a cruel joke.

It’s taken years just to allow a few of our commercial pilots to carry firearms to protect their cockpits because of ignorant FAA and TSA bureaucrats. That’s too little help and way too late. Had the pilots of the 9-11 planes been armed that horrible day would have gone on barely noticed.

Of course ending the ability of trained and certified off duty police officers to fly while armed prevented the two now dead officers from stopping two of the 9-11 hijackings. What were these fools running the FAA thinking when they disarmed the cops on airplanes?

There is an East Indian religion unlike many religions that accepts all faiths and promotes the love thy neighbor approach to life. It’s not a Christian religion but it embraces the Christian ideal of living life. That is the 600 year-old Sikh religion.

Sikhs are kind, helpful and trustworthy. Sikhs have repetedly been the murder targets of fundamentalist Muslims and have suffered massacres of their women and children over the centuries.

Sikhs have been chosen to be soldiers and defend the larger civilized countries of the world and they have done so with distinction.

Yes I have some long-time and very close Sikh friends. I have been their guest in India and have made trips to the center of their faith, The Golden Temple. When you arrive at the Golden temple you stand in line with members of every faith on earth as they pass through this sacred shrine. Unlike some religions nobody makes an overt effort at converting people to the Sikh religion. No matter who you are or where you come from the Sikhs will make sure you have food and even a place to rest from your journey.

In the theater of international terrorism Sikhs have always been on the side of the good guys.

For Sikh males the turban is an important religious vestment. They also must not shave or cut their hair. Other items worn by Sikh include a simple base-metal bracelet and a short sword. In America the Sikhs have passed on carrying the sword to conform to various federal, local and state laws.

For Sikhs the turban must be worn at all times in public and is not to be molested or insulted. Our TSA bureaucrats have now crossed the line demanding that the turbans be removed for inspection. Before they were satisfied with searching the turbans with metal detectors.

Of course there is not one case anywhere in the entire world where any Sikh has hidden contraband or a bomb in his turban. This is not an issue of profiling but one of silliness and insult and must stop now.

When do we draw the line in the sand for government to stop victimizing its own citizens? Yes there are many thousands of Americans that are Sikh and must be protected from unreasonable searches under our Constitution.
Posted by Paul Huebl Crimefile News at 8/31/2007 07:56:00 AM

Is that guy with the black turbine "black Irish"?

Didnt the taller guy in the foto used to be an action star?

Political correctness and liberalism gone mad, the truth is no longer relevant. Welcome to 1984