Private Investigator Forges Her Way To A Five-Year Prison Term 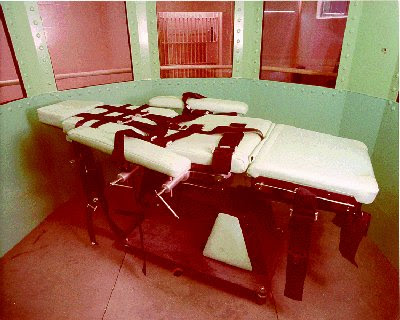 I really hate this story for lots of reasons. I also hate the death penalty because witnesses lie and mistakes can be made. Further I believe no government should have the right to kill its own citizens except to save a life of a citizen or officer.

It seems that 40 year-old private investigator, Kathleen Culhane created phony documents in an attempt to thwart the death sentences of condemned convicts.

What Ms. Culhane really did was to give all criminal defense private investigators a reputation that we will have to somehow overcome. Ms. Culhane is sharing her disgrace with many PIs that are working hard to simply get their clients a fair day in court.

I have no sympathy for Ms. Culhane, and condemn her for not working in a lawful manner to realize her dream to end the death penalty through the political process. For her schemes this former PI could have been breaking rocks at the Big House for 19 years. Instead she drew a five-year term which seems pretty stiff. I wonder how that sentence would stack up against someone caught falsifying evidence in order to put an innocent man on death Row?

For the record, she was not an actual State licensed Private Investigator. I wrote about her back in Feb. Theres some words of wisdom for all PI's.

Making sh*t up out of whole-cloth.

Doesn't surprise me one bit.