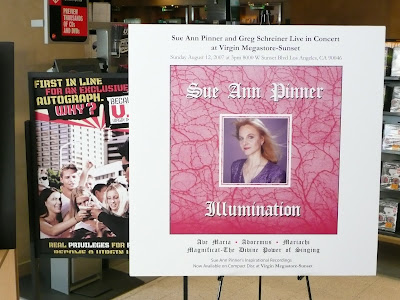 Autograph time after the concert. 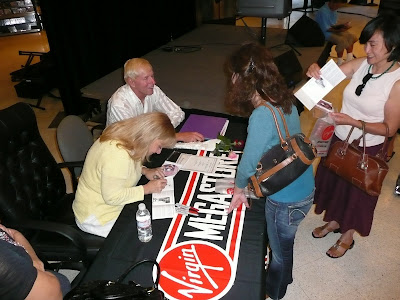 Sue Ann Pinner and Paul Huebl are the creative team behind the biographical song, Illumination about the late and great Pope John Paul, II. 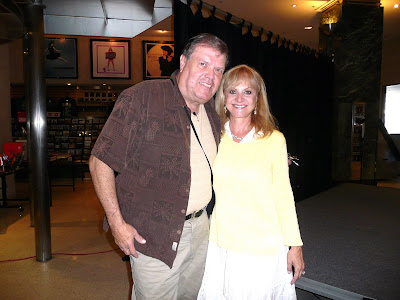 Congratulations Paul,
Pope John Paul II was a truly great man,God Bless and may perpetual light shine upon him.

GOD BLESS PAUL,
THE LORD REWARDS YOU FOR DOING GOOD WORKS,KEEP ALL THE COPPERS IN YOUR PRAYERS. WE NEED THEM IN CHICAGO.

BIG BROTHER COMING TO WATCH ALL OF US SHORTLY

US to use spy satellites for domestic surveillance

The United States is expanding the use of spy satellites for domestic surveillance, turning its "eyes in sky" inward to counter terrorism and eventually for law enforcement, US officials said Wednesday.

Authorized by US intelligence chief Michael McConnell in May and managed by the Department of Homeland Security, the change will allow more federal and local agencies to tap into satellite imagery and related intelligence products, they said.

It also will expand the kind of intelligence that can be made available to include measurement and signature intelligence, which is used to identify and track targets by their particular physical characteristics, they said.

"The least of my concern is law enforcement," he said in a telephone interview.

"We're looking at that and we'll do it in an appropriate way," he said. But he said the government will move slowly on what probably will be limited applications for law enforcement.

He said spy satellites already have been used on an ad hoc basis to guard against terrorist attacks at political conventions and major sporting events.

They would use them in responding to disasters like the September 11, 2001 attacks or Hurricane Katrina.

NASA, the Federal Emergency Management Administration and US Geological Survey already have had access to imagery from US reconnaissance satellites.

But the expanded uses raise questions about the implications for US civil liberties, whether the government's intelligence apparatus should be available to use to spy on people inside the United States.

Another issue is whether and how law enforcement agencies will ultimately be able to use powerful tools designed to spy on foreign adversaries.

A US official, who spoke on condition of anonymity, said the changes have been vetted throughout the US government and appropriate congressional committees have been briefed and approved a budget re-allocation for the new program.

"There is no new legal ground being broken here," said the official, who spoke to AFP on condition of anonymity. The Wall Street Journal was the first to report on the plans Wednesday.

As a result of the changes, the Department of Homeland Security plans up to create a National Applications Office around October 1 to handle requests for access to intelligence capabilities from civilian agencies.

The offices will have separate working groups for civil, homeland security and law enforcement applications.

"The NAO will rely on existing, longstanding practice and procedures established by the Intelligence Community to ensure the appropriate protection of privacy and civil rights," a press release issued by the Department of Homeland Security said.

It said oversight would be provided by the department's inspector general and by civil rights officers at the department and at the office of the director of national intelligence.

THIS CITY OF CHICAGO IS SUCH A JOKE WITH ITS UNDERMANNED POLICE DEPARTMENT THAT THE GUARDIAN ANGELS ARE ALL OVER 019 AND 023 PATROLLING AND PASSING OUT FLYERS ABOUT THE LAKEVIEW RAPISTS.

that song rocks. how long did it take u to write it?

that song rocks. how long did it take u to write it?