The Real Risk of Police Work in Chicago 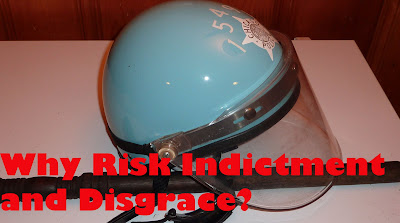 Chicago, IL—Most people see the danger of police work only involving death or injury in the line of duty. Interrupting armed-robberies, burglaries or entering the scene of a domestic disturbance can be dangerous. There are other risks that can ruin you life.

More cops by far are victimized by life changing lies and injustice than being injured or killed. Cops can’t get a fair trial these days in Cook County should they be accused of a crime. The jury pool is loaded with cop haters and waiving a jury is no bargain when the judges are all beholding to prosecutors for political reasons.

Being a cop requires becoming embroiled in disputes, temper tantrums and real violence, that is, if you do your job.

The late Democratic Congressman Roman Puchinski had a drug-addicted son who was a prolific burglar. No less than six Chicago cops were lied about, fired by the Chicago Police Board and disgraced over a five-year period. Their transgression was to simply arrest the younger Puchinski for his very real crimes.

Police commanders simply considered anyone who’d arrest Puchinski’s son too stupid to be a Chicago cop. Finally the younger Puchinski ran out of clout coupons he could cash in to get out of jail free and went to prison. He died young

African-American criminals playing the race card too often target cops with the help of local community leaders. There is a very real race war going on in Chicago. In Chicago most cops are white and the vast majority of criminals are African-American.

Any cop who risks his life, reputation or freedom to serve and protect will eventually have to hire lawyers, defend against bogus allegations and stand a real chance of being victimized.

The Cook County State’s Attorney ran on a platform of prosecuting cops and the mainstream Chicago media is not known for kindness when it comes to cops. Every accused cop can count on getting smeared by public officials garnering votes with the eager help of the local media.

The moral of this story is for cops to simply avoid conflict. Let those domestic disturbances either cool down or end violently before you get there. Learn how to simply write reports and avoid making arrests at all cost.

Being a cop is not what it used to be. GPS surveillance, thugs with cell phone cameras and a miserable political climate has made the job undesirable. A few parking tickets, perhaps a meaningless contact card or two and some creatively written reports about the unknown offenders that got away will help keep you out of danger.

Why risk anything for an ungrateful community and its despotic politicians?
Posted by Paul Huebl Crimefile News at 5/26/2011 10:41:00 PM

CF"A few parking tickets, perhaps a meaningless contact card or two and some creatively written reports about the unknown offenders that got away will help keep you out of danger. "


Dont count on it.If they want your ass ,they will get it.There is NO justice out there except street justice.

The cops who are innocent need to start retaliating against their accusers and suing them. The first victory will send shockwaves.
Who cares what anybody thinks of that? That includes the media, bloggers,vloggers, the accusers, the politicians, the department brass, and their fellow officers fearing that the code will be violated.

Why do hate cellphone cameras? they are used for good as well as bad. People try to catch you doing something inappropriate with a cell phone camera. Be smarter that that, and don't give them the advantage and do something dumb. Feeling that they deserved it, won't cut it anymore.