Criminal Defense Investigation, Wading through the Lies is Always Fun. 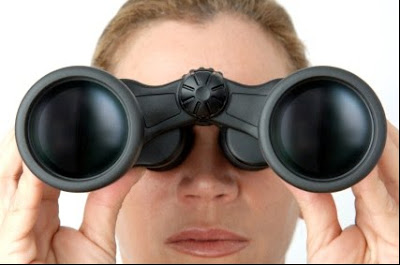 Chicago, IL--I get a lot of requests as to why the defense needs to do an investigation on behalf of someone charged with a serious crime. After all they tell me, the police have already done this and made reports that get turned over in the legal discovery process.

The problem is police usually get half the real story or even less. They only focus on gathering enough evidence to charge someone with a crime.

Let me say this I have yet to find a case where the government witnesses tell the truth. People lie just because they can. There are little lies and of course total fabrications. When someone’s entire life is threatened with decades behind bars a real effort must be made by the defense to learn the truth.

Complainants accuse people of crime because they really happen but also for some nefarious reasons. The majority of reported criminal allegations are in fact true however the victims and witnesses tend to exaggerate the facts.

Then there are the allegations made for fun, profit or revenge. Those are the sort of cases I thrive with. In high profile cases where there is lots of publicity a significant portion of the population seems to want in on the act. They do so to the point of making things up. The so-called victims can’t wait to tell their friends and acquaintances their exciting adventures with fame. Here is where the stories told really get the extra-dramatic treatment.

With simple interviews of those acquainted with the witnesses and complainants you can break out the truth.

Sometimes there are companion civil cases brought that can potentially payout millions of dollars. The complainants all but spend the money with the anticipated settlement or awards through their braggadocio.

Defense lawyers can count on witnesses and complainants to change their story at every opportunity.

The key to getting the information from the best sources is to ask for it. Of course there are many other ways to legally obtain information that are what I call, tricks of the trade I don’t share.

Witness and complainants that tell the truth have nothing to fear. I enjoy nothing more than exposing liars that try to destroy the lives of others.

Witnesses that have agendas to thwart justice can be counted upon to avoid defense interviews. On the contrary there are those that freely share their memory of whatever happened. You can easily guess which kind of witness seldom gets impeached or embarrassed in a courtroom.

I have been often criticized for my aggressive efforts by prosecutors and their witnesses but I have no apology for my diligence. My clients pay for my best efforts and I have an absolute duty to provide them.

I can’t change the truth or real evidence but I sure have watched complainants plead guilty to charges of perjury, evidence tampering and witness tampering with glee.

Remember L.A.P.D Detective, Mark Fuhrman, the only person to be convicted of a felony crime in the entire O.J. Simpson murder case? Ask him or his lawyer what private investigator found a certain Marine Corps recruiter in Arizona that could remember and truthfully testify about Fuhrman’s unfortunate remarks.

I love to count my trophy heads of famous former complainants and witnesses.
Posted by Paul Huebl Crimefile News at 5/24/2011 05:08:00 PM

I can't ask Furman or his lawyer so I'll ask you. What happened? Hey, I just picked up a Sig 245. What a sweet little gun. Still have yours?

Always good to have an open mind about sexual assault cases. Looks like there are some problems with this Strauss-Kahn case now in Kahn’s favor (although if he is innocent – much damage to his emotional and political life has already been done)

Finally where is the bottom feeder - Gloria Allmuck?

I guess as always - in California.