The Drug War Is a Real Killer 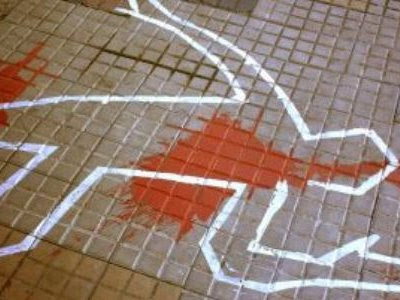 In Pima County, Arizona a SWAT team just put some 60 rounds through an Iraq War veteran that served two tours of duty there protecting America. Frankly I don’t give a rat’s ass what the cop’s claim was that justified that kind of a response. The result was frightening and just what people in a Police State should expect.

We have allowed the menace of drugs to be replaced with a much larger menace of bucket helmeted, armed thugs acting under color of law to wage war on Americans. The Drug War has become far more dangerous than any and all outlawed drugs.

The majority of crime in America is related to the Drug War. People are killed in police raids including innocent bystanders together with children and senior citizens. Then there are the people victimized because the addicted must pay the hugely inflated price of drugs because they are illegal.

Next are the turf wars between drug traffickers and of course massive official corruption among bad cops, prosecutors and judges. Our crooked politicians love the kickbacks paid by government contractors that equip the drug warriors.

Last on the list is the beating that our Bill of Rights has taken during the four decades that the Drug War has been fought. The Drug War is a massive and expensive failure. We can put the Drug Lords and drug Czars all out of business in a single day through legalization.

Too many Americans insist on ruining their lives with drugs and will continue to do so regardless of the amount of drug laws on the books or the penalties. Enough is enough. Imagine the freed up cash that can be used for voluntary drug treatment and research to find a real cure.
Posted by Paul Huebl Crimefile News at 5/21/2011 09:16:00 PM

the 'black market' must always be supported.

The true meaning of the Second Amendment was to provide that the citizens could own weapons(not just guns) and form militia units to overthrow corrupt and tyrannical governments or dictators.

I feel that America is headed down a dark path.

I couldn’t agree more with you Paul.

The argument against legalizing drugs is the same as the argument against gun ownership. Those against guns feel that if guns are available people will use them for nefarious purposes but the fact is that law-abiding citizens do not cease their law-abiding ways when you place a gun in their hand. The same is true of narcotic use. A person who wants to hold a job and get ahead in society will not suddenly acquire a drug addiction just because he can buy the substance at his corner drug store. Those who do not want to live a substance dependant life simply won’t and those who do will, regardless of the laws.

Here is another way to look at it; police officers routinely come in contact with illegal drugs. They know where to obtain them better then anyone else except maybe a stone cold addict. How many of them lose their self-control and become addicts ? Sure it happens, but not very often. In my 30 years of law enforcement I have never personally known an officer who because addicted to street drugs. Maybe I have had a charmed life I’m not sure, but the fact remains that people simply do not change their lifestyle simply because an alternative is available.

Americans are not wild creatures with no self-control. American adults to not need or want a nanny state to dictate to them.

it's about the money.

it's always about the money.


the more money there is to be harvested, the more it's about the money.


all of the public arguments are mere covers for what it is, has been, and, will always be, about: the money.

Join us make a difference.