MSNBC’s Rachel Maddow and the NRA 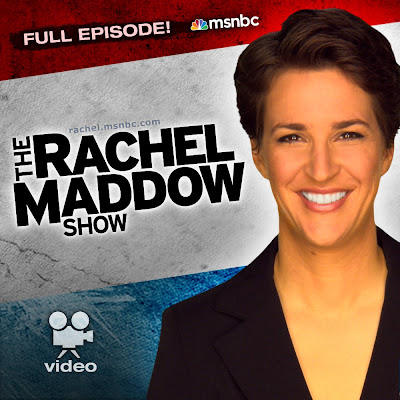 Pittsburgh, PA—I was somewhat dumbfounded when I saw that Leftist firebrand, Rachel Maddow with a camera crew inside the NRA Gun Show here walking by the Eagle Grips booth. She was the last person I expected to see in such a Conservative lion’s den.

Many of the attendees of the NRA convention were somewhat shocked to see Maddow, but they remained polite and civilized. I saw this as an opportunity for the members present to invite her participation in education, shooting and gun ownership.

I have always enjoyed teaching my most Liberal friends about firearms, safety and tactics. Once they experience the defense side of firearms, years of misinformation, fear and loathing is replaced by a new understanding.

The truth of the matter, like everyone else Maddow deserves the right of meaningful self-defense. The NRA is a logical place to obtain the best available training and advice on this subject anywhere.

Surprisingly Maddow seems only favoring magazine size and extended background checks for gun owners. Those are easy and forgivable mistakes for people who don’t understand tactical considerations or how truly worthless background investigations are in keeping guns out of the hands of violent criminals. Maddow can be educated!

If you somehow only think of violent criminals being armed with low capacity magazines and never working in gangs a 10-round limited magazine seems reasonable. The reality is different.

You can always tell who the novice shooters are at firing ranges. They take too much time to load magazines and don’t count their shots. You can tell the latter when you hear the tell-tale click as a hammer falls on an empty chamber.

The thought of multiple offenders like we see in liquor or jewelry store stickups never enters the minds of novice shooters. They somehow expect a fair gunfight and expect to win if they can place a few shots in their targets center mass. The thought of criminals with body armor never crosses their minds. I guess ignorance is bliss.

As for Background investigations most criminals can and do easily avoid them through illegal acquisition such as theft or criminal commerce that does not involve licensed gun stores or public gun shows. Felons of course can never be forced to fill out government forms for purchase or registration because the Supreme Court has twice ruled this violates their rights against self-incrimination.

Gun laws such as the magazine size restrictions and background checks will always only affect law-abiding citizens.

The only way to keep criminals disarmed is by imprisonment until they are too old to commit violent crimes.

In other matters, the sharp-tongued Maddow must now hate Barack Obama as much as George W. Bush. Other than his Socialist plans to confiscate and redistribute wealth, Obama has continued the most egregious government policies of Bush.

Obama has extended and given the hated Patriot Act yet more teeth. Instead of getting our troops out of Iraq and Afghanistan he has gotten us into yet another untenable war. Likewise Obama has not lifted a finger to repeal the federal death penalty.

The fact is Maddow is simply a broadcaster that wants a well-paying career and needs to satisfy her audience. She like so many are performers and showmen enjoy getting paid for their ability to captivate her fans. I can’t fault her for that.

I’d hope no reader of mine would ever want to punish Maddow for exercising her rights under the First or Second Amendments to our sacred Constitution.
Posted by Paul Huebl Crimefile News at 5/04/2011 04:15:00 AM

What about farting in her general direction?

Like many liberals and progressives, myself included, she and we seek what we consider common sense laws relating to guns. Extended capacity magazines are something we cannot fathom anyone ever needing. And, just because "you want one" isn't sufficient cause for ownership and, as the USSC has determined in the past, not necessarily Constitutional.

Background checks WOULD work if A) all casual sales were prohibited by law with extreme penalties for those caught doing so; B) Sales of private guns be required to be done through gun shops (Who have the ability to do background checks AND it would be a boon of a little extra income for the gun shops with their tacked on extra %) C) Deem illegal all auctions where guns are sold without ANY checks--Indiana as an example. (Those dealing in antiques could and should prescreen potential buyers)
D) Mandatory sentences for those committing a crime with a gun-no exceptions, no deal downs; E) Mandatory (with opt out for objecting parents) weapons education for teens in school -perhaps at the age of 15-16, coupled with a course on ethics stressing the reality to kids of the finality of pulling the trigger.

No Constitutional right is unfettered-NONE. All have restrictions and have, over time, been adjusted as society, legislators and the courts have deemed appropriate. NRA members are a minority of Americans and while their rights are to be protected, they are not entitled to special rights nor exemptions simply because "they want them". Simple if we all join to make a difference.

Ignorance is the biggest problem with those wishing to ban firearms. You can’t fathom a legitimate need for large capacity magazines. That’s because you live in a safe neighborhood and never experience danger or fear. You love and trust the politicians not to abuse their authority. History teaches us that's beyond foolish.

Fist let me state the actual purpose of the second Amendment. Our founding fathers knew politicians couldn’t be trusted and provided an effective tool against tyranny. Citizens have been denied their right to fully automatic military weapons and don’t have parity and that’s wrong.

Second let me suggest to you that if you’re attacked it may be by a group of heavily criminals. I that scenario your guns are too small and can never hold enough ammunition.

Hunting has never been a right and is always thrown into the argument like a red herring.

Should we surrender liberty and freedom for the false promise of safety? By all means surrender all you want but don’t include me in you capitulation.