Concealed Carry is Far From Dead in Illinois. 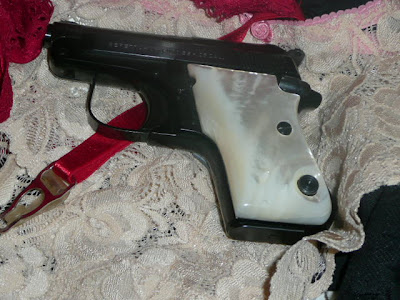 Springfield, IL—The majority of the Legislature here has agreed that law-abiding Illinois residents are entitled to carry concealed weapons. The rub is that Governor Pat Quinn, a gun rights hater only wants criminals armed. The vote requires a veto-proof supermajority to pass. The bill was only a few votes shy of knocking out Quinn’s unreasonable opposition.

Now the bill’s supporterS are jockeying around, looking to bring the bill back for another vote. Subject to peculiar Illinois rules it may be attached to another piece of legislation or as a strike-all measure take new life as a bill that was never sent to the floor for a vote.

The fact is with a new governor or a couple of changed minds shall-issue permits will be then law of the Land of Lincoln.

The fact remains that the people of the State of Illinois are tired of being victims. The resources to keep violent criminals at bay are spread too thin. The Supreme Court said that the states cannot infringe on the right to keep and bear arms in both the Heller and McDonald cases.

Studies have clearly shown that the permit holders in every other state behave remarkably well. The criminals never have the permits but never seem to be without their guns. The current Illinois gun prohibition only impacts the law-abiding citizens who bother to obey laws in the first place.

The members of the Illinois General Assembly must beware that their job security is not set in concrete. The people in need of reasonable and meaningful self-defense have long memories and they vote.
Posted by Paul Huebl Crimefile News at 5/06/2011 07:56:00 AM

The Chicago Dem state reps have an odd relationship with Daley, like Sauron and the ringwraiths (yeah I'm a nerd). Most of them owe Daley for the spot, most have wives, sons, brothers with city jobs or contracts. As an example, one has a brother with a city job, and a wife who is a lawyer who handles park distric and cta contracts, there are also several state reps who are currently city employees also. They WILL do what Daley wants. The only way democracy has a chance to return to Illinois is if all extracurricular tax money is kept away from the pockets of state reps and their family.

It is truly a city held hostage.The Chicago Machine rules the rest of the State and calls the shots in Springfield.

The level is political patronage is mind blowing.People do not realize the true extent of it.