The Whitehouse Credibility Gap is Out of Control 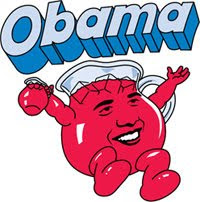 Washington, DC—The saga of the invasion of Pakistan and killing of Osama Bin Laden has been spun out-of-control by Barack Obama and his handlers. They have lost all credibility with their inconsistent stories and multiple staged photographs. That infamous propaganda minister, Josef Goebbels would have at least gotten the stories somewhat straight as he arranged the parades and ceremonies.

Obama’s secret government is something out of an Orwellian nightmare. It’s un-American and just plain wrong. Of course Obama’s supporters want to ignore Obama’s redundantly broken promises for an open and transparent government.

This is just another serious sign that Obama has an agenda that’s anything but in the interest of America or even the people that supported him. What else is cooking out of sight in the kitchen of our Whitehouse? We’d better find out before it’s too late.

Every dictator, despot or corrupt politician in the world came on the scene with a big friendly smile and firm handshake. We somehow forgot that Adolph Hitler was chosen as Man of The Year for our own Time Magazine. In the first two years of his Reich he was considered a masterful and progressive leader. Everything that led up to the deadliest war in history was done in secret. Secret government must be shut down where and whenever it’s discovered.

Obama’s deceptions are a clear sign of a much larger breach of our trust. We must stop him while we still can.
Posted by Paul Huebl Crimefile News at 5/09/2011 06:04:00 AM

Whitehouse Credibility Gap Out of Control.

Yes even this video could have been staged JUST? to fool us!

Omar, estranged son of Bin Laden says President Obama's action no better than Al Quada...An Eye for an Eye etc. and no rule of law.