What’s Wrong With The TSA, Paul, They’re Protecting Us? 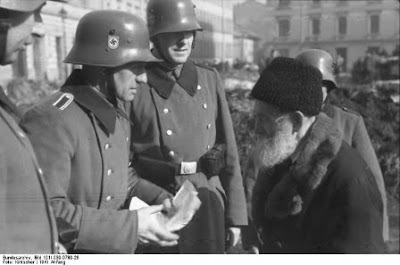 I got a simple rebuke of sorts on Facebook from a journalist friend I knew since she was a TV news intern. She defends the TSA as necessary and says traveling is a privilege, not a right. I have an answer for her that follows:

First of all let me say that millions of brave Americans died and were maimed in war so we could have a Bill of Rights that is the basis for our freedom. Nobody including our Presidents, Congress or popular opinion trumps our Constitution short of using the Amendment process.

Americans cannot be forced to waive their rights to in order to travel, breathe or raise their children.

The TSA cannot stop explosives or terror with the means they have employed anyway. The TSA has still never stopped a single terrorist event despite billions of our tax dollars and thousands employed by that Socialist inspired TSA Jobs Program. Any terrorist incidents to date that have been interrupted were only stopped by alert and courageous passengers.

The TSA program is all only a not so cheap, theater illusion that can’t deter suicide bombers but instead is used to deceive Americans that must fly and their loved ones. These searches are easily defeated since explosive compounds are simple to disguise and manufacture into any everyday item. The X-Ray machines and sniffer gizmos are nothing more than expensive theatrical props.

I have many years experience as a soldier, cop and private investigator and take the safety of those I love that must travel at heart.

We must ask ourselves, by whose authority did they suspended the Fourth Amendment? Ask the cowards in our courts including the United States Supreme Court why they insist on violating the laws of search and seizure of those Americans entering their courts?

Ask yourself, why our politicians allow people on our planes that travel on passports from countries hostile to America?

We got along fine for nearly 200 years or the mid 1970's without searching each other like criminals in this country. Nothing has changed except this is no longer the land of the free or the home of the brave.
Posted by Paul Huebl Crimefile News at 12/12/2010 08:44:00 AM

Amen, I am sick of hearing that privilege not a right stuff! Scared little sheep.

A *journalist* thinks traveling is a privilege? It makes you despair doesn't it?

Use this to educate your friend about the reality of TSA being a sham. http://blog.fulldisclosure.net/

TSA hires illegal aliens, felons, dopers, gangsters and allows them free access to cargo and other secure areas without even going through a metal detector. Indeed, it's a sham. Let us know if your friend changes their mind after viewing the program "Full Disclosure".

Not only should all the pilots be armed, and all law enforcement personnel, but every passenger as well! "Oh you didn't bring a gun? Here, take this .357. Just put it in the basket by the door when you leave" No, the bullets won't cause an explosive decompression, that's Hollywood bunk. And any terrorist would be quickly stopped. "If anyone gets up and shouts Allah Ahkbar, shoot them, Twice". It's just basic common sense, since you are right, only the passengers have ever actually stopped the threats. But self reliance runs afoul of the current regimes socialist agenda.

Grist for the mill here, Paul!
Speaking of the TSA, here's a report that says, "TSA screeners failed to detect concealed bombs and guns 20 out of 22 times" at Newark airport. They found similar failure rates at LAX and O'Hare. See http://abcnews.go.com/Blotter/loaded-gun-slips-past-tsa-screeners/story?id=12412458 for the complete report.