Cooking The Books On Crime Statistics 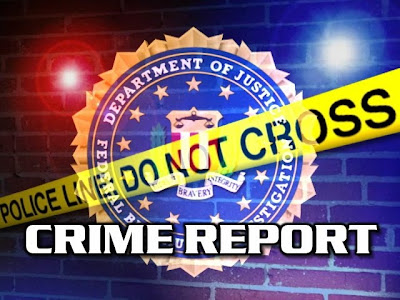 Phoenix, AZ—After leaving Chicago to open my detective agency in Phoenix I learned that over-reporting crime was all the rage in this city. This sent me into a police culture shock.

I had spent my prior years learning that as a policeman my job was to kill crime with my pencil rather than a gun. The City of Chicago wanted to create an illusion of low crime and at the same time show our uncanny ability to solve the more serious crimes at a much higher rate than the national average.

Crime reporting nationwide by police is done through the Uniform Crime Reports made to the FBI. There are the more serious Part One Crimes and then there are the lesser Part Two crimes.

The whole thing becomes complicated with those abused, wasted and mismanaged federal funds created and maintained during 50 years of political progressives controlling Congress.

The most common examples for Chicago cops are as follows.

1. You respond to a call of a burglary and find no suspects or viable leads to solve the crime. The door or window has been broken and property stolen. The only acceptable report you can now submit if for Criminal Damage to Property and Theft. These ate Part Two Offenses.

2. You respond to the same crime and catch a burglar with the loot and arrest him. Now you write the crime as a Part One offense and you call it cleared by arrest.

3. The burglary detectives “investigate” the burglar you caught and they pin (at least on paper) every possible similar neighborhood crime on him with dubious evidence that will never stand up in court. This is not about obtaining false convictions but showing that multiple crimes are now solved and cleared by arrest.

4. You find a strangled or beaten to death prostitute in a dumpster. You assume that’s the case since she has needle tracks on both arms and because of the neighborhood where she’s found. You have no suspect to arrest in this case or witnesses that can tell you what happened. This is not going to be a Part One Murder offense but merely an investigation into a death of unknown causes. It will never get reclassified to a Murder unless there is a suspect arrested for the crime.

The most common examples for Phoenix cops are as follows:

1. Whenever possible theft by shoplifting with or without an arrest is upgraded from a Part Two offense to either Burglary or Robbery boosting this to a Part One crime.

2. Every offense involving a Part One Robbery, Sexual Assault or Murder is written up as a Part One Kidnapping in addition.

3. A thief reaches into a convertible car and steals a GPS device and that’s considered a Part One Burglary crime again with or without a suspect.

4. At a domestic disturbance call the woman of the house claims that her husband threatened her and took $20.00 on a dresser as he left the house while putting a hunting knife in his belt. I remember only too well a Phoenix cop, Reginald Mark Nash, Sr. calling that an Armed Robbery in his report. The cash of course was community property of that marriage.

Crazy you say? Perhaps but that’s the way it is. The cops that don’t play along with this charade are destined for new careers elsewhere.

Chicago kills crime for Public relations purposes. They want citizens to have a false sense of security that crime is low and the police are effective.

Phoenix on the opposite end of this attracts visitors and new residents with sunshine. Since World War Two, Phoenix has grown faster than anyone could imagine, so killing crime is apparently not necessary. In addition crime prone communities can get millions in special federal funds corrupt politicians can steal or otherwise mismanage.

Now the City of Phoenix along with its Mayor and police chief are under federal investigation for artificially boosting their kidnapping statistics. The only real crime here is robbing the taxpayers.

The whole system of Uniform Crime reporting nationwide has degenerated into an unreliable and expensive mess. Your city’s crime rate is whatever your local politicians and bureaucrats want it to be.
Posted by Paul Huebl Crimefile News at 12/16/2010 06:28:00 AM

UCR stats are a joke,but i did save a tone on my car insurance by switching to Gieco

So what happened when the knife-carrying, $20-taking husband was located? Charged with Armed Robbery? Prosecuted?

Former Phoenix police officer Mark Nash of the south Mountain Precinct made his armed robbery report and the Maricopa County Attorney Chuck Hyder properly turned down the idea any prosecution of the man at all. He was not on scene and thankfully was never arrested.

Nash was fired as a cop, over sex allegations with his under-age girlfriend and her mother then rehired after he married the girl. He was later fired again. Nash was a total stroke.

The UCR stats are an instance where an agency is judged by the evidence that it produces. There have been some famous police chiefs whose crime fighting reputation has been built upon their ability to put pressure on the officers on the street.

From a public policy perspective we are making it a job requirement that officers lie in order to keep their jobs.

Police layoffs will happen in this economy; these layoffs should be welcomed,not feared. The only crime statistics you should believe are those that happened to you or your neighbors. Learn to shoot and get your concealed carry permit. Do not expect cops to keep you safe or keep your kids off drugs; those are YOUR responsibility.
-Richard Carpenter

If the officers are compelled by management to falsify their reports, can they be believed on the stand ?