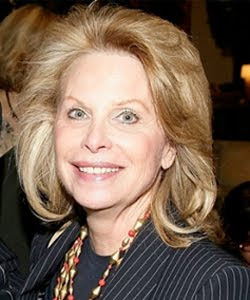 Hollywood, CA—It was apparently defective information supplied to the TV Show, America’s Most Wanted and talkative but unreliable neighbors that made an ex-con an unlikely suspect in the Ronni Chasen murder.

When police obtain search warrants they are placed under oath. The rub is those who provide such information to police are never under oath. Accordingly search warrants are routinely issued on unreliable hearsay or even gossip. We will have to wait until the Smith search warrant is unsealed to know for sure. California’s public records laws are some of the worst in the nation. It’s unlikely that warrant will ever see sunshine especially now.

Had there been a connection between any weapon in Harold Smith’s possession and the Chasen murder, Beverly Hills police would know by now and they’d be interrogating other investigative leads and closing in on the real story.

Smith was already a two time loser and apparently his ongoing criminal conduct was making him a solid candidate for California’s, Three Strikes Law. It looks like he reached the point of no return when he saw police. Just having a gun in his possession was enough to put him behind bars for life. Smith took the easy way out and taxpayers should thank him for that.

Smith became a big time, Red Herring and a diversion in the Ronni Chasen murder investigation. Police have now returned to looking at old conflicts in Chasen’s personal life. Somebody was motivated enough to make her really dead.

Chasen’s killer exercised skill and discipline in committing this murder. On its face it seems like a contract hit. Road rage cases nearly always result in bullets being sprayed everywhere because of uncontrolled anger and emotion. It’s obvious that Chasen’s car was stopped at the time shots were fired. The killer was either shooting from another vehicle or was standing in the street while firing the murder weapon. The presence or absence of shell casings in the street may help shed some light on this angle assuming a semi-automatic pistol was used.

There are big factors that need examination and they are the trade-names, partnerships, contracts, insurance policies and of course litigation of any kind involving Chasen or her business enterprises.

The only thing we know for sure is that someone thought they’d be better off with Ronni Chasen being dead. Ether they’d profit from Chasen’s death or have found some sweet revenge. The murder of Ronni Chasen was anything but a random crime.
Posted by Paul Huebl Crimefile News at 12/03/2010 01:16:00 PM

UPDATE: Santa Monica Judge Craig D. Karlan has appointed Ronni Chasen’s brother Lawrence Cohen as the special administrator of her estate and has waived bond. Cohen is the father of the two nieces named in Ronni’s will, Melissa Cohen, to whom she left the bulk of her estate, and Jill Cohen Gatsby to whom she only left $10. The judge noted during the hearing that his own sister-in-law runs one of the charities Chasen has left money to in her will.