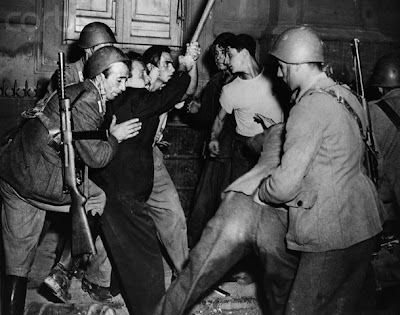 Rome, Italy—Europe is taking on the same look as it had prior to World War Two. Past is prologue. Can civil unrest in America be far behind in light of the Obama Administration corruption?

At least 50 police and 40 protesters have been injured as hundreds of students clashed with police near the residence of Silvio Berlusconi in Italy's capital on Tuesday. The riots came as parliament decided on the prime minister's future. Berlusconi secured a comfortable victory in the no-confidence vote at the senate, but survived a similar motion in the lower house by just three votes. Demonstrators marched through Rome's historic center, throwing firecrackers that boomed as lawmakers cast their votes. Similar protests took place in other parts of the country.