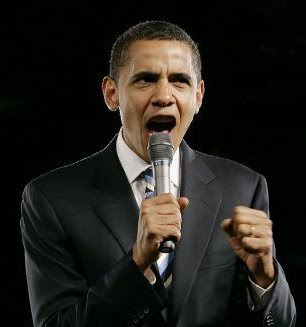 Washington, DC—Anyone who ever thought that Barack Obama was going to improve freedom and liberty in America was horribly mistaken.

Many Liberals think that those Ultra-Left-Wingers are somehow the guardians of our Civil Liberties and they are and were gravely mistaken.

The Patriot Act was the product of the Liberal George Bush Administration, not Conservatives. Real Conservatives loathed Bush for his Mideast war adventures, his creation of Homeland Security and of course the Patriot Act.

Many people voted for Obama thinking he'd undo some of the Bush damage to freedom, liberty and of course the national debt. I also have to say that that pretend Republican John McCain was a pathetic offering by the GOP for a Presidential candidate. Americans would lose the 2008 election no matter who won.

As for any hope of undoing any damage to America brought on by Bush, Obama has made things substantially worse. Obama kept nearly every rotten Bush policy in place and he has broadened and enhanced the Patriot Act, kept us at war as he ordered the TSA to aggravate and molest American travelers.

Any hope of Barack Obama being a friend to Civil Rights is non-existent, that is unless you you’re one of those people that feel Civil Rights are only for certain minorities.

A real Liberal would have sought to end the federal death penalty. Socialist and Communists need the death penalty to maintain absolute control. This should have been giant red flag that shows Obama’s true and nefarious agenda for America.

Obama is still working on controls for the Internet, thought, and speech as he expands his police state in every direction.

Obama’s record on Freedom and Liberty is appalling and un-American. Obama is a mortal enemy of freedom and the American people including those who voted for him.
Posted by Paul Huebl Crimefile News at 12/24/2010 07:35:00 AM

I'd like to add that those scoundrels in Congress enable, if not gleefully support, Obama to do his work.


Oh and Merry Christmias to you and the members of the peanut gallery!

The United States Government no longer works - this includes all Federal, State and local governments.

Instead of focusing on winning a war costing us billions, our elected officials dance with and pander to gays and lesbians.

Police officers are ambushed in cold alleys surrounded by blocks of boarded up houses, murdered by savages bred by our failed educational system.

Firefighters die in empty abandoned buildings that should have been torn down long ago.

In just a few short decades, the neighborhoods of our big cities have been transformed from beautiful communities to empty, scarred battlegrounds.

Our elections are highjacked by smug thieving millionaires whose only purpose is to enrich themselves further; elected by an ignorant halfwit populace who sit, dumb and fat, staring mindlessly at idiotic TV shows.

As you wrote in an earlier post, the second depression is here, with anarchy around the corner.

We have a major airlines pilot expose the fraud of the TSA. The bogus "security" across the board does not, I repeat, does not scan ground crews entering secure areas. (Of course, TSA is known for hiring illegal aliens and gang felons.) Also, the fed sent 6 leo's to confiscate the gov issued sidearm the pilot was to carry into the cockpit as well as revoking his private CCW.

We have the Nappy slut traitor daring to become indignant when pressed by a feisty news man that border patrol officer/Marine, Brian Terry died needlessly. The family, hell all of us are outraged as Terry was engaging in a firefight with bean bag rounds out of a shotgun against Mexicans armed with fully auto AK-47's. Terry was a warrior. Since when is a warrior ordered to engage an enemy with beans??

Then to round out the depravity, Obama signs in law to change the UCMJ to give the old "stinky finger"/thumbs up to sodomy. Surely nothing better motivates a young Marine or soldier than to wake up before revelry and see a dozen of his platoon and some three/four/five-somes going at it in the barracks with last nights digested chow being launched all over the squad bay. Manly, eh comrades?

the Lord helps those who help themselves.