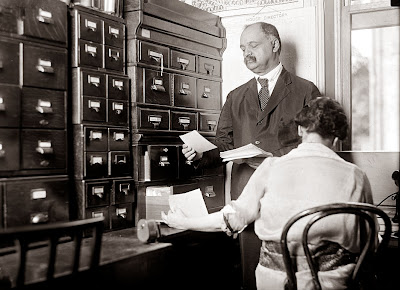 Chicago, IL—When we think of government secrets we think of intelligence agencies and their spies. Military secrets are paramount to any nation’s defense and that’s not what I’m talking about.

Secrecy in state and local governments is out-of-control. The secrecy advocates are all Left wingers that thirst for power over citizens and their money. Yes, those in government that hate transparency are nearly always on the Left. Those who demand open records are nearly always the Conservatives and Libertarians.

Corruption in government is always rampant wherever records are buried from public view. The excuse always offered for the secrecy is a bogus claim of privacy. What they really want is privacy from prying eyes that will expose waste, mismanagement, theft, extortion and bribery. Hiding public records promotes the abuse of Americans by power hungry and corrupt bureaucrats.

The Left fought the release of sex offender records for decades, again citing privacy. What they really were doing was covering up the ineffectiveness of wildly expensive and failed programs to rehabilitate these incurable predators.

Billions of taxpayer dollars were given to government contractors that were pals of those using our tax dollars to pay the crooks that in-turn, fund their political campaigns. Releasing those records would also lead to releasing yet more records.

Every rogue government on earth, lock government records from public view. There should be no secret records in America at state and local agencies.

The criminal conviction records of all Americans kept by the FBI should be a public record.

Court records including information of the names of every victim or witness in criminal cases must be a public record. It is un-American to imagine public trials using hearsay testimony or testimony is received in secret. All criminal trials in America must be public and every person accused has the absolute right to confront and cross-examine witnesses against them.

Ongoing police investigations should be exempt from disclosure but the moment a case is closed or is being prosecuted all records of that incident should be open. Despite long standing practices the records of government informants and snitches don’t deserve any government protection from disclosure. We know that Gestapo and KGB agents would hate that idea of public disclosure along with too many inside American law enforcement agencies.

Every dime of taxpayer or government fine money deserves absolute sunshine. That same goes for money and property seized under government RICO laws.

Florida, Texas and Arizona are states with a fairly solid history of keeping open records. They sky has not fallen because of this. The very worst jurisdictions where public records are kept secret are New York, Chicago, and Los Angeles.

The news media used to file lawsuits to gain access to unlawfully blocked records but for the most part that no longer is the case.

It’s almost laughable when politicians create laws to shield public records from view they put names on the bills like “Freedom of Information” on them to mislead the voters.