Homeland Security’s Plans for Americans, the Best is yet to Come. 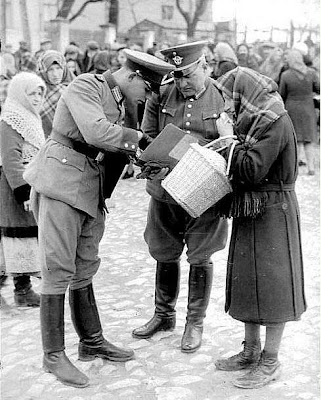 Washington, DC—Before Janet Napolitano left Arizona as Governor she entered into a massive corrupt contract with a company called Redflex for robot speed cameras on the highways.

Redflex had great lobbyists that knew how to grease the political wheels to fleece Arizona’s drivers out of millions of dollars. Thankfully, Napolitano is gone and now so are her cameras. Left behind are the sordid campaign contributions and junkets at five-star hotels for Arizona’s politicians.

For the robot camera system to work, longstanding rules barring hearsay evidence were sidestepped to allow this so-called evidence to be used in courtrooms. This was and is a violation of the Fifth and Sixth Amendments of our Constitution.

Politicians thrive on the power of money under their control. Few politicians avoid special perks and corruption when it comes to government contracts.

Politicians and their bureaucrats love making government grow because of simple corruption too. They can abuse the patronage system to hire their friends and relatives for jobs that taxpayers never wanted or needed.

Barack Obama, his Congressional henchmen and Napolitano have their sights set on increasing the reach of their police state.

Napolitano and her gang now want to search patrons of what they’re calling soft targets. They are the privately owned (at least for now)major hotels, shopping malls, concert venues and sporting events. This is tyranny in its purest form.

Democrats love any and all, make work jobs program they can invent. Just think of the massive contracts for thousands more of those pricey backscatter X-Ray pornoscanner machines they can buy.

Americans so-far have willingly lined up like sheep at the airports to be groped, x-rayed and insulted. They certainly want to be safe when they shop of go to a hotel or shopping mall. Homeland Security is now ready to extend their police state like a noose around our necks.

Will Congress resist the massive corruption of additional patronage power, cash bribes and extravagant perks to resist this security scam? No, there’s not a chance. Get ready to get in many more search lines.

So far the courts have refused to affirm our rights against unreasonable search and seizure. Of course, these same courts have thrown up their own searching gauntlet to people doing business with our courts. In doing do they now have a cowardly conflict of interest. If the other checkpoints are unconstitutional so are their own.

As for ma I have one thing to say, “Give me liberty or give me death.” I don’t want to live in a Country with more checkpoints than Adolph Hitler’s Third Reich. I hope my fellow Americans would rise with me to use whatever force and violence necessary to preserve our Bill of Rights. It is long past the time when we must arrest, try, convict and hang our politicians for treason.
Posted by Paul Huebl Crimefile News at 12/28/2010 07:26:00 AM

Here's a good one: http://seanlinnane.blogspot.com/2011/01/homeland-security.html

How can I help?