Are the Wikileaks Revelations The Crisis Obama Was Looking For? 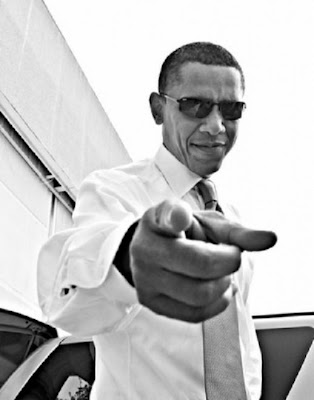 Washington, DC—The Obama Administration and their Czars have control of the banks, industry, health care, fuel and our food supply. They have neutralized our military by prolonging their presence two unnecessary wars.

The Perfect Storm needed by the Obama Administration to suspend the Constitution may have arrived.

I have written previously that the time of such a move would take place in the short time between the election and the time the deposed politicians are evicted from the Capital. The Congressional investigations brought on by the new Conservative majority would quickly result in Obama being impeached or otherwise removed. That hour is approaching and the rejected Socialists are now desperate.

Controlling the information is the last frontier for any revolution. The First Amendment with the rest of our Constitution is ripe and ready to be suspended and Wikileaks is the excuse they’re looking for.

The signal for the start of America’s second Civil War will be the shutting down or severe restrictions on the Internet. If the Internet is interrupted it’s a sure sign that the Obama Administration is at war with America and the Constitution.

Recognizing the enemy will not be so easy. Raids by military, paramilitary or federal teams on your neighbors will come next. They will suggest they are defending Americans from terrorists and criminals.

There are many more able bodied patriots and military veterans then any force the Obama Administration can assemble. The side with the most determination and resolve will win but the loss of life may be heavy.

I hope America is ready with survival supplies and the courage to fight for freedom. I know there is enough guns and ammunition in the right hands in conservative states. New York, New Jersey and Northeastern Illinois may not survive the absolute anarchy that may take place.

The administration can be counted upon to enable the anarchy by starving out those people living in densely populated cities lacking any form of self-reliance. They will of course blame White racists for the trouble in order to incite the ghettos into violence. The guaranteed violence is the perfect excuse to seize our freedom.

If you wake up and find the Internet is under government lockdown it will be time to lock and load your weapons. Make sure you have plenty of water. Anyone sent to the homes or businesses of Americans to exercise powers under Martial Law must be destroyed at once.
Posted by Paul Huebl Crimefile News at 12/09/2010 07:30:00 PM

I agree Paul. With “Net Neutrality” in place, and all the lemming media outlets (this includes the ‘trusted’ Fox News Network) reporting that Julian Assange has hundreds of thousands of people on different networks that have already downloaded this damaging information, and will release it once they are given a password, it’s the perfect excuse to shut down all internet outlets that disagree with their agenda.

Thank God that the Ruling Elite are techno-illiterates who don't realize that "shutting down" the Internet is an impossibility.

Paul, Obama has already made it clear that he loves deploying drones. Many of us will be picked off, and we won't even hear it coming.

Especially after the Sabrosky interview went viral, why my fellow active duty Marines haven't kicked some zio Bolshevik behind puzzles me to no end. We know our enemy... and yet our beloved Corp stands down???

Maybe after the prince nearly was beheaded yesterday, Americans will now get the idea that Obama/Clinton and all politicians that serve the Rothschilds vs the People must be hanged.

Nothing in Politics happens by accident.

I have neighbors who were trying to send emails to friends about Obama and their emails were not allowed to be forwarded. They tried four times..