Where’s The Rest of That School Board Shooting Story? 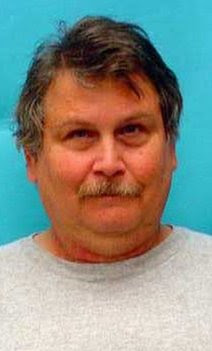 Panama City, Fl—When Clay Duke, 56 took the floor at the local school board meeting Tuesday he did so with spray paint and a gun. What followed can be seen below in a somewhat graphic video.

Duke’s wife was fired from her job by the board. It’s obvious that Duke did not see justification for the firing and there can be no doubt that the tough economy would have a substantial impact on the Dukes. Hiring lawyers to undo wrongs by boards and commissions is financially crippling to most Americans.

When boards and commissions fire people they are often reckless with the due process rights of the employees. The basis of firings are far too often, rooted in sexual, racial, or pure personality conflicts between employees and superiors. He who has the political clout win these battles far more often than when simple justice prevails. Those with the financial ability to fight arbitrary board actions very often win in the courts winning reinstatement and back pay.

Duke served five years on an aggravated stalking conviction after he armed himself and shot out the tires on his then estranged wife's car. He was obviously a man with serious mental health issues. He was released from prison in 1994 and prohibited by punitive local and federal laws to possess firearms.

It’s a monument to our civilization that more members of boards are not targeted for revenge by the people whose lives they affect considering their track record for being wrong.

Telling the story of the madman shooting up the school board is less than half the story. I think the media needs to learn just what’s going on in the schools served by this board. I certainly want to know the whole story behind the action the board took that prompted such a drastic response.

It is very obvious that Duke knew how to handle his pistol and deliberately missed the board members when he fired in their direction. That fact that Duke did not shoot Ginger Littleton who violently struck him with her purse shows a mindset that the gunman did not want to kill or even injure anyone.

School Board Superintendent, Bill Husfelt is grandstanding today as Adolph Hitler did after the July 20, 1944 bombing attempt on his life at Wolf’s Lair in Prussia. They both proclaimed providence saved them. For Husfelt it was only the mercy of the gunman and nothing more that allowed him to return to his family.

If there is a hero in this story it’s the former cop that was the school district security officer, Mike Jones who followed his training and made sure that Duke could not fire more shots. Today we learned that the bullet that fatally injured Duke came from his own weapon.

Perhaps all the people that serve on boards and commissions need to remember they can suffer deadly retaliation should they become arbitrary, capricious or otherwise become insensitive to the rights of the people they victimize. Not everyone turns to the courts for justice.

I've put a lot of lead downrange and, from the video, I must say it is NOT obvious to me that he "deliberately missed the board members when he fired in their direction". To be convinced of that, I'd want to see an enlargement and looped frame-by-frame view of pistol motion just before the first shot.
To my eye, it appears there might be some pistol motion to the shooter's right at that point and, since the shooter is right-handed, that rules out a "jerk". But it's not clear if he's moving the pistol to avoid someone or to target someone.
Of course, seeing what the shooter sees beyond his sights isn't possible from this video.

Someone please explain what they are seeing to make them think the shooter is intentionally missing. If the gun had moved up, I'd agree, but not to the side. I think he's aiming at something just before the first shot breaks.

Ed you have to judge it by his first two shots and the close disatnce. he aimed to miss. The last shots were after he took a hit and were reactionary.

I think you will agree that I have unleased a touch of lead in my time as a shooter and law enforcement firearms instructor.

I'll defer to your better judgment ... until they seat me on the jury.

Here's some more detail. Times are based on the video at http://www.viddler.com/player/ae60c0c0/

I can't agree with you on this one.
I haver been reading your blog now for several years and generally agree with your positions, however aside from the fact that all the info has not come out yet, it would appear that this man had some mental problems before this incident and whatever the reason for his wife's loss of her job. it is clear to most rational, thinking people his shooting up the school board would do nothing to help get her job back.
Paul in Texas

I’m not justifying any action by Duke, but rather am demanding that the other side of the story, his wife’s be investigated and disclosed. Duke got what he deserved for his action.

People sitting on boards, commissions and homeowner committees should be get a reminder that being unfair to the peoples whose lives they affect can get themselves killed.

And if they turn to the courts for justice, they are often wasting years of their time and resources, everyone is locked in here by the powers that be who are for the most part totally insensitive & corrupt...

Being an asshole sometimes has serious consequences.