Anarchy and a Holocaust is in our near Future. 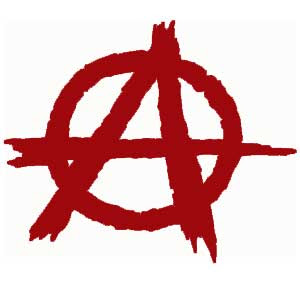 Washington, DC—What is past is prologue. It won’t be any different this time around but government has more effective weapons to use on its own population.

Both Bush and Obama gave the crooks running Wall Street, banks and some Michigan automakers bailouts.

American taxpayers on the other hand hemorrhage their jobs, homes, retirement and insurance policies because of extortionate taxation that has destroyed their businesses.

We have only one way to revive our economy. We must quickly force government to roll back its growth to 1980 levels. Then, government should be slowly reduced to 1960 levels.

Our national defense and foreign aid budget should be reallocated to deporting illegal aliens that have bankrupted our schools and medical providers.

We could suspend all employer taxes for those businesses that don’t lay off workers along with payroll deductions of working Americans. We will never see this simple option happen.

That action will return confidence to our industries and allow people to keep their homes. Slowly government can begin withholdings again not to exceed 60% of what was being paid. Government then needs get out of our lives.

If we can do that America would quickly return to being the greatest economy on earth.

We won’t ever see that happen and instead will witness anarchy as we evolve into a corrupt nation that would make Adolph Hitler and Josef Stalin envious.

Today’s Americans have been turned into low brow sheep like, peasants that will stand in line for handouts like prison inmates in a chow line.

I just don’t have confidence that Americans will take a stand against a despot Whitehouse and Congress. The same is true with our state and local governments. We have allowed every politician to turn our tax treasury into their own personal ATMs. Get ready for the greatest holocaust this planet has ever seen. As always governments are the most prolific serial murderers ever.

Yes folks, it is us against a rogue and dangerous government gone bad. It is either us or them.

The demographic and financial destruction of our country is intentional. Communism isn't dead, communism has won! They have written a new chapter for Sun Tsu and his Art of War.

Even my own girlfriend yesterday allowed herself to be radiated AND groped by the simpleton tyrants at TSA. When only one person out of one million or even less refuse to play their game, it tells me the people have resigned themselves to being serfs. What say ye now, Paul. Is Amerika finished? Sure seems to be.