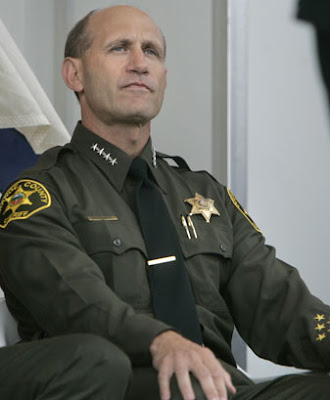 The sealed indictment handed down by a Federal Grand Jury against Orange County Sheriff Mike Corona accuses the once rising star of a wide range of corruption allegations. None the least of the claims were that concealed weapons permits were sold for various favors and gratuities.

The right of self-defense for California’s citizens has long been something only for the rich, powerful and well connected. Politicians like gun-rights hating, Senator Dianne Feinstein are able to obtain the permits while shopkeepers and other folks with occupations that put them at risk are denied. The costs of California’s CCW permits are often campaign contributions or simple bribes to those who least deserve them.

The right to protect yourself from muggers, rapists and killers comes with American citizenship. It’s not some privilege for politicians and their appointed bureaucrats to withhold, dole out or sell. Of course in California the permits often provide incumbent protection for those who enjoy absolute power.

I'm so glad I live in the (for now) Free State of Arizona.

Unfortunately, I have to deal with a great many Kalifornicators who, while decrying the very corruption, outrageous taxation and onerous regulation (which has the effect of the state being "at War" with small business) just can't help themselves when speaking, glassy eyed, about how great Kali is.

I hope something is done about this pandering practice of CCW-payola. But I fear it will be business as usual once this blows over.

Diane Feinstein has a concealed carry permit? Do any other famous Californian gun grabbers have them?

Personally I’d rather see this happen to LA County Sheriff Lee Baca, who looks like Hitler in his uniform as he throws his citizens guns onto a pile of guns, that are then lit on fire.

Here's where we stand on this.
http://hi-caliber.blogspot.com/2007/11/sheriff-michael-carona-indicted.html