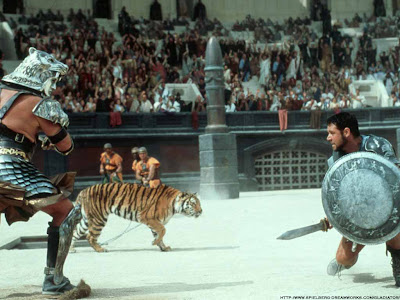 Las Vegas—A bunch of thugs had a get-together at the Place Station Hotel. Felons, dealers in stolen property along with former double-murder suspect O.J. Simpson all find themselves in great company of their true peers. There is not one sympathetic figure involved in this mess. Secret recordings were made and sold for serious cash. The best part of this story has yet to be told!

It will all boil down to which thugs will the jury believe. So far two snitches have emerged telling prosecutors what they want to hear in exchange for sweetheart plea deals. This is truly a case of making deals with the devil in an effort to knight one prosecutor as the one who got O.J. Simpson.

This won’t be a trial but an unprecedented circus. Trying this case will make a total mockery of our criminal justice system.

Perhaps they can put all of these clowns in a gala gladiator battle until only one thug is left standing. Don King could promote this with worldwide pay-per-view! Hundreds of thousands would converge on Sin City dropping lots of cash into the coffers of the brothels, cab companies and even the shoeshine boys. The record-breaking profits from the sports books would be nothing short of staggering.
Posted by Paul Huebl Crimefile News at 10/17/2007 06:40:00 PM