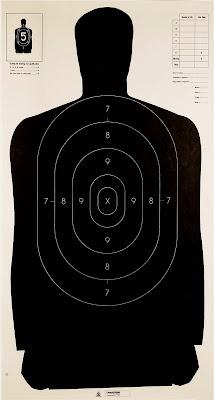 Dallas—KDFW-TV reporter Rebecca Aguilar had a unique story to flesh out on her beat for the Fox affiliate. It seems that twice in just three weeks 70-year-old James Walton, owner of Able Walton Machine & Welding in West Dallas has killed a burglar. Just as Walton was putting a brand new Remington riot shotgun is his car Aguilar caught up with him to do an interview. Apparently this was an ambush style interview of a distraught elderly man who has been let down by law enforcement’s failure to protect him and his property.

I’m clearly on the side of Mr. Walton who I’m so glad to see alive after two encounters with dangerous criminals. However I can’t find wrongdoing on Aguilar’s part.

The best part of this story is that two young criminals will no longer be out victimizing anyone ever again. I can only hope this story sends a clear message to other criminals that they should ply their trade in places like Washington, D.C., L.A., Chicago or New York where criminals are protected by gun bans that keep law-abiding folks defenseless and totally vulnerable.

This is a great story the public needs to know about. I’ve known Aguilar for years from her days in Phoenix at KPNX-TV. The suspension is an over-reaction. The real truth here is that without government interference even senior citizens can refuse victimization by thugs. Give that man a medal!

Paul I've NEVER disagreed with you more than this one. I'll hold back some real strong words regarding that snotty reporter, only because I want you to post this. SHAME on her calling him "trigger happy" and asking him "is that want you want to do shoot to kill?" SHAME on her. How can you think her suspension is an overkill. SHAME on her for making that old mans hands share. SHAME ON HER!!!

I will forward that video around, but not to support that SHAMEFUL reporter.
http://www.youtube.com/watch?v=HnZd-5dYXfk

Why I support this reporter’s story:

1. What better message for criminals then seeing the old guy with yet another shotgun after his first two were placed into an evidence locker.
2. It’s a story of the good guy winning TWICE as he reloads for number three!
3. This can only inspire others to fight back when confronted by criminals.
4. How better to show how Texas gun laws protect the law-abiding rather than provide protection for muggers, rapists and killers.
5. A local story of a hero and gun rights was suddenly nationalized.

Aguilar’s questions were less than I hoped for and somewhat insensitive but she lacked understanding of what really happened. Aguilar’s questions brought debate and many better questions as that Washington DC gun ban case (Parker) is under review in our Supreme Court. There is no downside to this story for gun-rights advocates. The story needed to be told and there was no way to spin it into something ugly.

Aguilar is a POS (like most reporters) and I hope she gets fired.

She ambushed that old man to satisfy her agenda. Pure and simple.

Paul your right on with your above 5 points. But no way with the reporter. Either way looks like Fox news had it removed already. They know the were real wrong, so they had it pulled. Man o man.

Yes, this brave citizen's acts should be applauded; but maybe the NRA would be the right organization to bring it public. I agree w/the other posters; she approached him all wrong. A 70y.o.should not have to suffer the stress of blowing away these vermin; it should be a young Patrolman's job.
The media are all whores, they destroyed(anyone listen to Gen. Sanchez?) this once great country,and should never be trusted!!

The thing I dislike the most was the "ambush" style.

She failed to mention he lives at his place of business and they were breaking into his home.

She failed to mention he has been robbed 42 times, and the police have not caught anyone.

She did a report a few weeks earlier about an unarmed homeowner being shot and paralized by a burgler.

I think she went into the story with her anti-gun bias on strong. Not what I would expect from Hispanic Journalist of the Year. They must be proud now.