Surveillance Society And The Next Step. 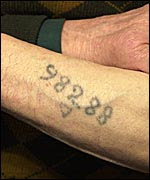 Surveillance cameras are everywhere these days but our friends across the Atlantic have led the way with unleashing Big Brother technology on their citizens. They have recently admitted that their cameras may record the actual crime but thousands of criminals escape detection simply because nobody is able to identify the perpetrators. The Brits are working overtime to find out ways to improve their ever growing crime problem that’s been fed by draconian gun bans that provided better working conditions for muggers, rapists and killers. We seems to follow every British trend since the day that the Beatles landed in New York.

What is the next step you ask? Why the National ID Card will soon roll out complete with RFID technology alerting every camera with the personal data of those within the cameras range. Of course this too will fail too as criminals make sure their ID cards are not in their pockets while doing their deeds. The fun part of this technology will be in the form of fines people will have to pay when police on patrol using sensors discover people without the mandated cards. What a great new source for revenue! Of course this will also fail and then governments will next try implants on their citizens similar to those used to locate lost pets.

American ID cards began with the first driver’s licenses and until about 30 years ago they did not contain photographs. Before driver’s licenses Americans simply used the cards that came with every wallet sold to neatly print their names, addresses and other personal information. Stores gave credit to their local trustworthy customers. In those days you’d never find an avalanche of credit card offers in your mailbox. Americans soon traded their privacy for credit convenience and now demand to wear the mark of Cain. As Karl Malden would say, “ Don’t leave home without it!”

Earlier wallets contained a place to store money and another place to keep a few family snapshots. There were no credit cards so slots for them were not needed. Identification was nothing more than the information to help honest people finding the wallets return them to their rightful owners.

Do you call this inevitable evolution of security measures far fetched? Liberty loss in any country can best be described as incremental as citizens are led to believe that the additional measures are necessary and only people up to no good would object.

We all lose a little liberty in the name of security as each day passes. Folks it’s really coming and as that Unabom fellow they called a mad genius, Theodore Kaczynski warnned us in his manifesto, it won’t be pretty.

Americans have gotten by just fine for the first 200 years without wholesale privacy abuse and it seems the more privacy and liberty we surrender the higher the crime rate climbs.

Governments have a history of plundering from and then murdering their own citizens. Sooner or latter every good government goes bad. Will Theodore Kaczynski someday say, “I told you so!”
Posted by Paul Huebl Crimefile News at 10/01/2007 08:00:00 PM

Didn't this mess start because some Saudi Arabians hijacked some planes?

The more I look at the government's response, all across this once great land... the more I begin to doubt the whole cover story. It wasn't so much about foreigners doing bad things here.

When I need to get "threat assessed" to drive a truck full of women's clothes... sad, sad, sad.

with this funny picture in it. (Unless you are the lady on the floor)
http://blog.wired.com/photos/uncategorized/2007/04/25/airline_lego.jpg

Did this mess start when some Saudis hijacked some planes?

No. Long before that. Re-read Paul's excellent synopsis of history.

Looks like I didn't finish what I started to write to Paul in these comments. I have a CDL A class license. I want to drive for a company. The company ships clothing
and other garment industry items.
Why does this company ask for a HazMat endorsement?

So I was at the TSA website, and related pages when I decided to check Paul's site for new stuff. And LO! He is writing about the stuff I was thinking about. Thus my comments yesterday.

I've only been around Paul's site since the Phil Spector was winding down. I will admit I am a conspiracy nut. When William Cooper died in a gun battle with "local" authorities, it fueled my suspicions. Without being able to read everything Paul has given in history, can I ask if it is on the same page as Bill Cooper's? Or even somewhere in close proximity?

Note: His death was just over 2 months after 9/11. I can only speculate what BC would have had to say about all the changes made to our freedoms in the interest of security. It would not have been good. When I was boarding a flight out of LAX, I was personally appalled when I saw grandmothers with their arms up, being patted down and scanned for weapons. I wished I had a camera.

Ok, books I have read in this vein...
Tragedy and Hope by Carrol Quigley
Behold a Pale Horse by William Cooper and some others

Got some links in particular around here? :)

Why the National ID Card will soon roll out complete with RFID technology alerting every camera with the personal data of those within the cameras range. Of course this too will fail too as criminals make sure their ID cards are not in their pockets while doing their deeds. The fun part of this technology will be in the form of fines people will have to pay when police on patrol using sensors discover people without the mandated cards.
Carry the card but wrap it in aluminum foil. That'll fix them.
Looks like a aluminum beanie crwod was right after all!

Ok, so I am a dumb newbie. I decided to start looking around to see what George in AZ might have meant.

And right here, you have what I wished I had the balls to get. The pictures of what I saw in LAX.

In your August post titled:
The Unfriendly Skies Need to Change—A Solution

all the way down at the bottom:
You have posted some pictures of what I was saying I wished I had a camera for when I went through LAX. I had not seen this post... honest.

I am an able bodied man in my late 40's. I expect to be screened, as a potential hazard. All able bodied men could be considered potential threats. But a 65 year old grandma?

The future may look back at us and ask... What were we able to say we won?

Thanks for those pictures... I now feel quite at home here, though I admit I have not read every article... yet.

To you Paul, well I am so glad I came across your site. I see why CottonCandy was posting links to your site on Court TV's discussion boards. (S)he posted many times a day just a link to your site... nothing else.