Home-Schooling Teacher Accused Of Having A Boy Toy 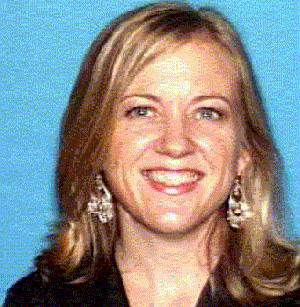 The "victim" is alleged to be an un-named, very lucky 14 year-old boy who claims to have been tutored in more than just the three-R’s by a delightful looking woman.

I have a serious problem with any 14 year-old boy who feels the need to cooperate with police and prosecutors in going after this woman even if she did the acts for which she is charged. My natural inclination is to disbelieve such an allegation because any normal red-blooded American boy would be proud to get those kinds of lessons and keep his mouth shut.

This story has a serious odor to it. I hope they never find a jury that will convict this woman of anything. This is just another big waste of money. If Vincent did what she’s accused of, so what? There is no victim other then hard working California taxpayers forced to pay for this silly prosecution.

Today Ms. Vincent if free pending trial on more than a half-million dollar bail bond. She faces decades behind bars should she be convicted.

For the record I’d be more than happy to take on this lady’s criminal defense investigation.
Posted by Paul Huebl Crimefile News at 10/20/2007 12:47:00 AM

Paul, as always you hit the nail square on the head. Try as I might I just can't quit reading your blog! If more than a day goes by and you don't post something I suffer.

Paul keep up the good work, you're my soul-mate.

If she's guilty then she should be prosecuted just like a man would be. Equal rights, equal responsibility. I to would love do her defense investigation. But with a retainer of 5,000 to start.

Paul,
I agree with you as far as I'd love to have been that kid.

But if the roles were reversed and it was a 40 yr old guy and a 14 yr old girl, I doubt you (or I) would be cheering.

Double standards are a bitch!

Breaking news... Paul and his readers should be interested in.
7-Year-Old Suspended For Gun Drawing
(It has the drawing)
http://www.local6.com/news/14392210/detail.html

Funny I was arguing with my wife about this subject a while ago. I was saying vaginal penetration can be forced but a hard-0n can't be.

My wife found out what I was reading and left you a comment... and now she says, "It's a conspiracy!" when hers didn't show up. She's old fashioned, old school..., 'throw the book at them' type. I am not.

When I was a boy, my peers and I used to talk and dream about the movie Summer of 42, hoping we could be lucky enough to have sex with a woman who knew how to do it, and didn't mind us not knowing how. Guys don't ask for directions!

I am also going to call this number tomorrow and complain. Don't they have any thing better to do? Real Dangerous Criminals the public Needs Protection from.

Letourneau was released on parole on August 4, 2004. She will have to register as a sex offender for the remainder of her life unless a judge lifts that requirement.

Two days later, Fualaau, who was by then 21, applied to the court to lift the no-contact order; the request was granted. Letourneau and Fualaau were married on May 20, 2005 in the Seattle suburb of Woodinville at Columbia Winery.

Although best known as Mary Kay Letourneau, she now goes by the legal name of Mary Fualaau.

Okay I confess that I did conspire to delete any and all comments that suggest this gal deserves the same penalty a man would suffer under similar circumstances. It’s just not the same! I am now compelled to post the official Crimefile position on youngsters and adults having sex that’s not forced.

These are the way our laws treat these cases. The nationwide age of consent should be 16.5 years old. .

Seems to be an epidemic! According to your criteria, not even probation!

(Jefferson County, Missouri) In March 2007, a 21-year-old substitute teacher at Senn-Thomas Middle School in Herculaneum, Teresa Engelbach, was charged with rape for allegedly having sexual relations with a 14-year-old male student. Engelbach faces three counts of statutory rape and one count of statutory sodomy.

No incidents of the alleged sex are believed to have occurred on school grounds nor are any other students believed involved.

In the latest development in the case, Engelbach has pleaded not guilty to the charges. It's reported that the prosecution and defense attorneys are working toward a plea deal.

The human lifespan used to be 30 to 40 years old... that's why we can make babies in our teens... we used to have to! It's coded in our genes for crissake.

Paul one thing none of us can ever call you, is a coward. That you are not.

But you've lost some credibility with me here. By supporting her charges, your saying its OK for a 40 year old man to molest a 14 year old girl. Even if it's consensual sex. Paul this isn't a touchy feeley case. This alleged molestation goes as far as sodomy. While she's still innocent until proven guilty; And she still deserves an ethical and objective defense.

But your real wrong here. Having said that, Ill still buy you dinner one day.

HI-CALIBER Investigations said...
{...}
By supporting her charges, your saying its OK for a 40 year old man to molest a 14 year old girl. Even if it's consensual sex

I know that women want equal rights, but this takes it too far.

A boy needs a hard on, and unlikely thing against his will. Same cannot be said for little girls with adult men.

Why in the hell didn't I get home school with her when I was 14. The true crime here is I'm jealous of the kid.

what?! where was she when i was going to highschool maaaan