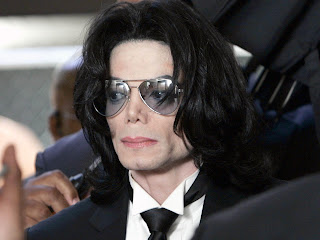 Los Angeles, CA—Conrad Murray, MD is on display in a Show Trial being broadcast internationally. Prosecutors are grandstanding like peacocks as tongues of every gossip-mongering pundit are furiously wagging.

Witnesses have testified that Dr. Murray removed “evidence” and sought to remove even more in anticipation of police investigating this predictable death. I find the testimony of the Jackson compound folks too well rehearsed. I think we should at least wait until the defense has an opportunity to either offer evidence or testimony before buying this stuff as dogma.

Michael Jackson was an enormously talented fellow that bought everything including friends and children with the unimaginable wealth he was able to gather during his lifetime.

Jackson unlike most of us on earth never had to hear the word, “No.” Jackson was surrounded with well-paid yes men. The members of the medical community seemed owned the moment Jackson became their patient.

Jackson was addicted to plastic surgery, drugs and little boys. His wealth enabled his mortally dangerous conduct with those addictions. So many people overlooked those socially unacceptable activities because they were in awe of Jackson’s celebrity, talent and wealth.

I hate the circus show trial of Dr. Murray. I hate the people that don’t have a life becoming a modern day lynch mob clamoring for a guilty verdict.

The jury should have been sequestered by the judge and cameras barred from the courtroom. There is no way the jury can or will avoid those things ordered by the court.

Maybe Dr. Murray broke the law and maybe the state lacks sufficient evidence to convict him. Maybe Dr. Murray was trying to desperately find a way to wean Jackson off drugs? It’s clear that Dr. Murray asked for at least one additional physician, be brought in to treat Jackson as he obviously tried to protect the doctor patient confidentiality.

Dr. Murray obviously needed help in treating Jackson. It’s clear to me, he recognized Jackson had a life threatening disease and felt he could not handle this alone.

In the end it was excess that killed Michael Jackson like so many others in the music business. The fact is that living until age 50 under the circumstances made Jackson a real survivor considering the ages of so may others fallen because life in the danger zone.

Dr. Murray deserves a fair trial but won’t get one. Even if he were to be acquitted what I see happening is wrong.

I consider Jackson a patient that dictated his own medical treatment with the promise consistent with the theme of his last concert tour, “This is It!”

Michael Jackson murdered himself. Dr. Murray was in the middle of a medical nightmare but that’s exactly why we have doctors and they get the big bucks. Was he helping Jackson or simply enabling him? I think the answer should remain part of the sacred doctor patient secrecy.
Posted by Paul Huebl Crimefile News at 9/29/2011 11:15:00 PM

Michael Jackson was killing himself with drugs prior to his meeting Dr. Conrad Murray.

It was only a matter of time for Michael Jackson.

Dr. Conrad Murray was a dope to step into that mess - the money pulled him in - and Murray is the fall guy for Jackson's family because he happened to be there for Michael Jackson's end which could have happened at any time - given the drugs he was taking.

But if it wasn't Murray it would have been another enabler - and Michael Jackson - I hate to say this - was asking for it - when he would not get off propofol, and entrusted his life to Murray or others while he was taking a really strong anesthetic mixed with other stuff - a Molotov Cocktail waiting to happen if you will.

How many people are the medical profession killing accidentally through the wrong drug or too much drug, a mixture of drugs, or not watching a patient after an operation who is not breathing - but nothing ever happens to them and they carry on working in hospitals or elsewhere without any fancy trial from the LADA's orafice.

Elvis's daughter was the first to say that Michael said he was going to go like Elvis - and he did.

Michael Jackson, and his family, killed Michael Jackson, and now want to PASS THE BLAME, IN ORDER TO MAKE LAWSUIT DOLLARS. Celebrities all lead these bizzare, drug-riddled lives, then expect people to feel sorry for them when they get strung out, or die. TOO BAD, SO SAD. The Goof was a multi-millionare. He could have done ANYTHING in life that he wanted, and this was the path he chose. Why should we feel sorry for this goofy little screwball ? Just another Hollywierd cry-baby Celebrity.