Charging for Prison Visits Should be a Crime 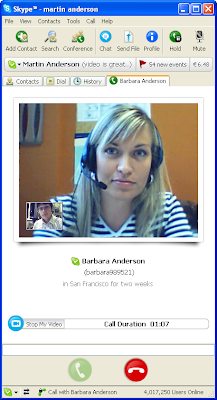 Phoenix, AZ—There is a movement in the Legislature here to begin charging visitors $25.00 every time they visit an inmate. I call that cruel and unusual punishment and its downright stupid.

There is probably not a psychiatrist on the planet that would endorse this terrible idea. Cutting off inmates from the outside world and their families would make them even more dangerous than they are already.

Visitation is not a right but a privilege and is in and of itself a behavior management tool. Inmates that want to receive visits have no choice but to behave. Taking this management tool away will cost lives in the long run. Immediately this bureaucratic brain-fart will create more fiscal problems than it will solve.

Prison officials complain that they must conduct expensive background investigations on visitors for security reasons. They claim they are looking for a way to reduce costs. I can help them in this area a lot by suggesting they take advantage of new technology that would eliminate and reduce their costs significantly.

Skype.com is a free telecommunication site that allows even international video calls to be made for free. Sometimes just the distance that the prisons are from civilization is a real hardship on prisoner's loved ones. Skype.com would actually increase visits without requiring all of that labor-intensive screening, frisking and visitor crowd control.

Either the inmate is brought to a simple Ipad or the Ipad is brought to the inmate. The video call is made and they can visit as long as the prison will allow. Of course the prisons will want to take steps to insure the Ipads are not used for nefarious purposes. That’s easy to monitor. Additionally the audio from the visits can be collected and stored for prison investigative purposes.

I know of at least one inmate whose mother has to spend a significant amount of money to visit her inmate/child because she lives in Germany. Now that’s a hardship. Skype.com calls are free.

Let’s say for the sake of argument that it still costs money for the prisons to maintain the equipment. Charging the Skype.com prison visitor a small fee under $7.00 would prove to be much cheaper for prisoner’s families than paying current transportation cots with the high price of fuel these days.

The idea of punitive punishment for prison inmates will always be popular no matter how poorly these things are thought out.
Posted by Paul Huebl Crimefile News at 9/05/2011 03:03:00 AM

The government is out of control. The corruption is so bad that they have to tax and charge us for everything just so they can keep stealing from the taxpayer cookie jar.

A civil unrest is coming, mark my words.

Thank you for your blog & information. Keeping America informed is always a blessing.

Paul,what about PDs charging an arrestee a "processing" fee??What can they do,legally if you refuse to pay a PDs extortion money if you have bond??

Looks like pay toilets will be making a comeback.Imagine when Chicago does it,whoa!!