Obama’s Objective is to Incite Class Warfare or Worse 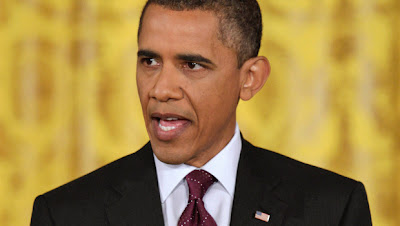 Los Angeles, CA—Barack Obama is heading here Monday for more fundraising and campaign functions. He can’t take the hint the polls provide that soundly reject his idea of Hope and Change. I’m convinced he has no desire for the humiliating loss at the polls he’s sure to get. Obama has a really dark option to maintain power or better yet absolute power.

His increased unpopularity makes him a target for patriots that consider this Marxist President a traitor. Frankly I’m waiting for a serious attempt to assassinate Obama, perhaps by a loyal American Secret Service or other federal agent with the means and opportunity few others have. Imagine some agent recently diagnosed with an aggressive and terminal form of cancer with nothing to lose doing his idea of a final good deed.

I strongly suspect that Obama and his un-elected and un-vetted Czar Cabinet have been engineering a massive insurrection through their wildly successful efforts to destabilize our economy. Once the riots begin Obama will declare Martial Law and suspend the Constitution.

I suspect that the Nazi bitch that Obama placed in charge of Homeland Security will mobilize those misfits and sub-humans working for her TSA. They will be soon given firearms to use against Americans. She is sending them out right now any place she can to abuse the rights of Americans such as NFL football games.

At some point I fully expect to see foreign troops perhaps from China on our soil helping Obama “restore peace”. The claim will be that this is necessary for public safety.

I see nothing ahead but a Civil War for this totally divided nation. We have a huge population of Entitlement Zombies that are demanding wealth redistribution to them. We have another huge population of Mexican and Central American trespassers who think they’re entitled simply whatever they want.

What’s left, are the hard-working taxpaying citizens that are being victimized by those who contribute nothing but poverty, drug abuse, and crime to society. They will have to fight for their lives or simply become robbed, raped and enslaved. Frankly these are the very people that don’t have a clue how to protect themselves, their families or there country.

Thankfully there lots of loyal America cops, military members and veterans that will never bow to Obama or Socialism. They can be counted upon as always to give their precious blood for freedom and liberty.
Posted by Paul Huebl Crimefile News at 9/24/2011 06:20:00 PM

Obama is definitely the problem, but Herman Cain may be the answer!

My fear is Republican attacks on our hard-earned and well-deserved pensions.

Obama just urged his Black supporters to, "Put on your marching shoes and fight!" That asking for a race war. He's trying to put gasoline on a fire that he set by causing a huge exodous of our employers from his Marxist agenda.

They're are definitely two, maybe three different Americas, and yes things are going to come to a head. Lots and lots of ammunition in store would be wise.

Yes, but where can a citizen go, who can they run-to if THEY need to defend themselves against this? Who can they unite with and find unity when they run from the administration. If what you say is true, and one needs to flee the brownshirts, what safehaven does a patriot have? That ground work needs be established because Obama's Civilian Army is already Organized.....

Paul, you're right. This economic disaster is planned. Martial law will be imposed upon us.

I believe the first riot will be in California, then spread nationwide. The ignition point for the riot will be a police brutality beef. That's the way I see it.

Stay safe out there.

If he's hit my family will have at best one hour to clear out of our home. I plan on dropping whatever I'm doing as soon as I hear the news and racing home to grab whoever's there and then collecting the children if they're in school. My street will probably become a major battleground as the subs use it for staging and the authorities respond. I'd love to defend my property by setting up a sniper's nest on my roof, or better yet a machinegun position at ground level using an alcove of my building for cover, and just sweep the street clean of refuse, but I have no money for that kind of weaponry and I'd probably wind up becoming a target of the authorities anyway.