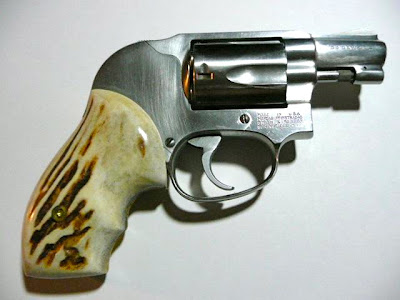 Benton Harbor, MI—A Walgreen’s pharmacist is unemployed but alive today because he had the good sense to place the value of his own life above company policy. The pharmacist used his gun to protect him, and other store employees by successful thwarting a nasty stick up. The man was fired because he exercised his rights to live and carry and handgun for self-defense. Walgreen’s policy forbids carrying guns or resisting armed criminals.

The sad aspect of the human race is, contrary to those feel good philosophical statements made by some of our more famous leaders; we are certainly not created equal. Some humans have defective DNA and lack basic humanity and respect for life. Others simply lack ordinary intelligence and cannot appreciate the consequences of their behavior.

The reality is that murder in the workplace will exist because the savage predators in our society have uncontrollable urges to victimize others. What should be a simple, get the money and run stick-up often turns into horrible kidnappings, sexual assaults and senseless murders. We cannot predict what will happen but we know intelligent resistance will give you a fighting chance to survive these frightening encounters.

Then there are those employers like 7-11’s Southland Corporation and Walgreen’s that enable and actually invite dangerous criminals with well publicized policies that forbid resistance to the demands of robbers.

Rather than to hire armed security personnel most corporations rely on passive measures like security cameras to discourage the robberies and mayhem. We all know those cameras don’t discourage violent crime because we’ve all seen so many amazing videos that dramatically show brazen armed savages killing innocent victims. The cameras don’t arrest anyone and they don’t provide police with the names and addresses of those caught on tape committing crimes.

In the end, this all boils down to survival of the fittest. If you place irrational, un-constitutional gun laws and or company policy above your own instinct for survival you’re simply not fit to live!

Our creator gave us the gifts of fear, and the ability to make or otherwise obtain tools for survival. We were also given the instinct to survive. Whoever writes laws and or company policies are in no way superior to our creator.

I’m proud to say that I was a gun-rights advocate since my early high school years. I’m also alive today because some 24 years ago because I had the sense to ignore such an anti-survival and lawless government policy.

As a licensed PI, I also serve court process. Serving process in Arizona requires registration by the court and they had a prohibition against carrying guns for self-defense. The policy was neither enabled by law or a court order, but rather drafted at the insistence of the former Maricopa County Superior Court Presiding Judge, Robert C. Broomfield.

I sued the court for violation of my civil rights through the egregious policy and within a month a drunken, white-collar criminal tried to kill me as I was returning to my car after serving eviction papers.

My assailant pistol-whipped me in the darkness with a .45 Colt Gold Cup pistol cutting my scalp open wide. I drew my little five-shot S&W Body guard revolver (pictured above) and pumped five rounds into him after he refused to drop his weapon and pointed it at me. Thankfully I survived that unthinkable horrible nightmare.

Soon the gun prohibition matter found its way to the Arizona Supreme Court and now registered process servers can carry all the guns they wish.

Only you can evaluate your risks on the job. In the end it will be your personal choice whether to ignore company policy by discreetly packing a suitable defense weapon. No job, especially a somewhat risky one is worth more than your life. It’s far better you collect unemployment than to put you loved ones into mourning because you chose company policy over them.
Posted by Paul Huebl Crimefile News at 9/10/2011 05:36:00 AM

Well said Paul, and well done for not being a victim!

Did your assailant survive and did he (or you) suffer any legal consequences?

I live in IL and I carry just about every day.

Walgreens is comitting a civil rights violation.They cannot deny your right to keep and bear arms.Just like can wear a crucifix or star of david to work,I can wear a S&W 638 bodyguard too.

People have to get used to this fact,just like when blacks where finally able to drink from the same fountains and ride anywhere on the bus.

I'm with you Paul! good column! I too have been a gun supporter since i'm a kid - in fact I"m in the process of obtaining a Sherman Tank that will sit proudly on my front lawn so that when we re attacked by these whack-jobs, I'll be ready to defend my home! All the best!

He shouldn't of lost his job, but I can see why Walgreens has policies like this. If the opposite were true, and pharmacists/clerks were encouraged to defend themselves and the store with firearms, the store would lose far more money in gibsmedat lawsuits than they would of lost in the robberies...

Heck, Home Depot employees can not even chase shoplifters......

A policy that precludes allowing employees to chase shoplifters is arguably one that may save an employee from being murdered or severely injured. That is a whole lot different from not allowing some worker the God given right to self-defense.