Jobs and Tax Tyranny Don’t Mix--We Must Choose Our Sides and Fight. 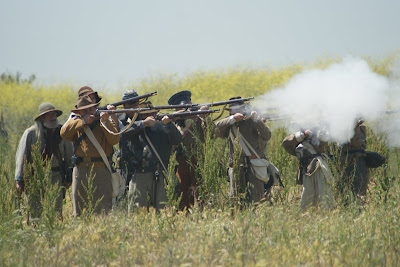 After their destructive tactics we have no economic growth, no jobs, and a bankrupt nation with no hope.

So many American businesses saw the handwriting on the wall and fled Tax Tyranny that was getting more extortionate by the second.

Some so-called Americans want to find ways to force Americans to keep their businesses and jobs here. Historically tyranny creates refugees that are compelled to flee. This is exactly what’s happening.

America has become hostile and now threatens business instead of protecting its very life blood. The change to Socialism has always created refugees why should it be different here?

The American experiment of 1776 has run its course with the likes of illegal aliens, career Entitlement Zombies and the others that have invested nothing at all in this nation. When the freeloaders can out-vote the producers the producers can either flee or become slaves.

I don’t see a solution that ends without Civil War for America. History has already written this chapter so many horrible times before.

Some of the luckiest survivors in the world fled their nations before these things began to unfold.
Posted by Paul Huebl Crimefile News at 9/06/2011 02:34:00 PM

Conservatism is the only antidote to tyranny.

Right now we live in a soft-tryanny. Sure, there are no gulags or reeducation camps, but the handwriting is on the wall. We are seeing exactly what Reagan said: Freedom and Liberty can be extinguished within 1 generation. Freedom requires eternal vigilance. We have become lax and disconnected. 2012 will be a water shed and will determine if we can continue with a Republic.

God willing we will defeat the tyranny of Marxism.

Yes, I admire Reagan too, but for different reasons. Instead of Reagan, go back DEEP in history, to George Washington, Benjamin Franklin, and Thomas Jefferson. These men had the ideas and dream of a small, limited central government that we have ignored. Despite his "conservative" rhetoric, Reagan, in actual real-world practice, loved big government, he just wanted it run by his "conservative" buddies instead of "liberals," but he loved the huge size of the federal government as it was when he became president, thus Reagan was a philosophical liar.

Rue St. Michel is correct, in spirit. The problem is in semantics. In the crazy world of 2011, "conservatism" means whatever the B.S. "FOX News" says it is. EXACTLY WHAT are we "conserving"? The vast majority of "conservative" TV talking heads, commentators, and politicians are IN FAVOR of big government, deficit spending, and the continuation of the current, un-Constitutional huge bureaucracy of the federal government as we know it. Yes, readers, the vast majority of "conservatives" never mention that over 95% of the federal government, their programs, and their spending was never authorized by the Constitution, and therefore should be eliminated immediately.

I pray for my country. If the Communist and anti-American Barrack Obama is re-elected in 2012, then yes, Rue St. Michel, we should be very, very concerned.