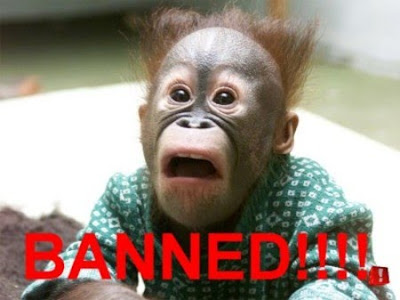 Washington, DC—What’s the big secret about the No Fly List you ask? If you’re thinking national security your dead wrong. It’s all about government intimidation and control over airline passengers.

The TSA wants any and all resistance to their policies and procedures stopped cold. They created the list as a way to intimidate airline passengers from expressing their opinions for fear of winding up on that dreaded list.

The TSA has taken arbitrary power onto itself to deny anyone from entering commercial aircraft. You only learn of the TSA action as you begin the boarding process.

The TSA knows full well that anyone can file a court challenge once they learn they’ve been banned from flying. By keeping the list secret, no matter what they will inconvenience you and cost you money before you can get help from our courts.

The TSA punishes whoever they please without any Due Process. Provided you present no threat to the public the TSA will be ordered by the courts to remove your name from the list. There has never been a court action against the TSA defeated with respect to their list.

If the TSA No Fly List was a public record as it should be we could check our names and get any confusion cleared up before we fly. The TSA hates that idea entirely.

The real truth is that there has never been a terrorist stopped from flying inside the United States because of the existence of the bogus No Fly List.
Posted by Paul Huebl Crimefile News at 9/12/2011 11:39:00 AM

Yes Paul, so true. The NO Fly List is a Tool of the Leftists, to intimidate and harass those American Citizens, with different beliefs other than their Socialist Agenda. Many who speak out publicly are blacklisted for NO reason, other than Political Correctness. NO attacks or incidents have been stopped, foiled, or even detected by this list, however, if someone ends up on it, where is the recourse to this? There isn't any. Where are our upcoming Presidential Republican Candidates on this trampling of American Freedom without due-process? Why haven't they been asked this question by ANYONE in the Media? It's to the point now that lifetime patriotic American citizens are afraid to speak or write their minds, just like in Nazi Germany in the late 1930's. I for one, as an American Citizen would like to know why there is no public addressing of this issue by ANY U.S. Politician.