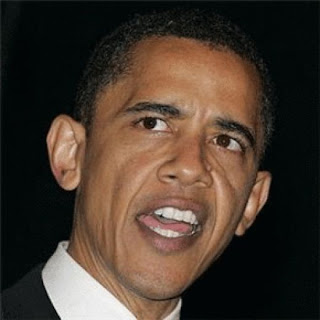 Washington, DC—Barack Obama’s Hope and Change is anything but what was envisioned especially by his most ardent supporters. He gave the crooked bankers, Wall Street moneychangers and failing automakers nearly our entire treasury and as every politically Conservative expert predicted things only got worse.

Obama and his Congressional super-majority plunged the nation into hopeless debt until the mid-term election upset slowed down the reckless and massive waste and outright government sponsored theft.

Our open style of government became one of locked doors. Behind the scenes un-vetted, unelected Czars made public policy. As former House Speaker Nancy Pelosi said, “We have to pass the healthcare bill to find out what’s in it.” That ridicules statement gives total insight to the disastrous terminal plight of America, as we knew it.

Never have we seen a political party trying to distance themselves so fast from their standard bearer. There’s now open discussion among the media giants that just a few moths ago were in lockstep with the Obama Whitehouse suggesting that their choice for president was the wrong one.

The Obama Administration’s very disturbing scandals are beginning to boil over and are overwhelming the media cover-up efforts that now seem to be ending. The media is beginning to recognize that Obama has sent the goals of the Democratic Party into an abyss. They now are desperately trying to promote Hillary Clinton as the Commander in Chief. Obama’s popularity is sinking faster than the Titanic and he’s doing even more damage to the Party’s image every day.

One thing for sure Obama’s dubious new Job’s Program is nothing more than a sickening continuation of massive waste and theft. What amazing arrogance for Obama to include billions more taxpayer funds for that criminal enterprise called ACORN!

The handwriting is on the wall. Obama must resign or face impeachment and even possible imprisonment. The jig is up!
Posted by Paul Huebl Crimefile News at 9/16/2011 10:54:00 AM

I don't think any of our politicians have the guts to mount an impeachment effort against the Savior. They know that it doesn't take too much to set off a rior in some urban communities.


But I do believe that he should have resigned a long time ago.

Obama: the PROBLEM, not the solution.

Things are changing! The media and the Democrats want him out because they see a Conservative tilde wave coming.

Wish I could believe you Crimefile, but there are just too many sheeple out there who are blindly following the Messiah based solely on the color of his skin. Since the day he was elected, he has done nothing but embarrass this country and the left wing liberal media has played right along.
I don't see any grounds for impeachment...well, no more or less than Clinton had.
While I have seen a few "Chicago-like" political tricks fall out of his sleeve, I just can't see anyone having the kahoonas to go full throttle on the exhalted ruler.

What's your take on it?

It's a crying ass shame the guilty white liberals elected him. Now maybe they have this guilt out of their system and can elect the RIGHT person.

GREATEST FRAUD IN US HISTORY

obama has been engaging in criminal conduct since he became pres; and even before that. This megalomaniac should be impeached, if he isn't voted out of office in 2012. His co-criminal conspirator, Hillary, "Hill-Dog" Clinton is a far better White-Collar Criminal than obama. They both belong in Federal Prison, and would be there if the Country was legit.