The Elite Leftist Politicians Love to Call the Middle Class, the “Rich” 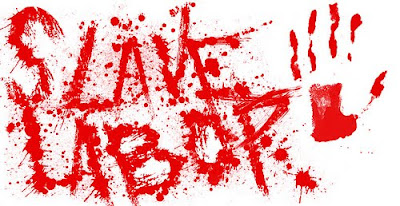 Washington, DC.—America’s middle class work hard and are only a heartbeat away from financial devastation and bankruptcy. It is all they can do to stay a step ahead of mortgage lenders and very real needs. These are the very people being squeezed to death by Tax Tyranny.

The super rich will always be insulated by creative accountants, tax lawyers and the lobbyists that own Congress. They don’t pay taxes and never will because they are so well protected and because they fund political campaigns. Of course their political donations are tax-deductable. Despite promises politicians make of taxing the rich they provide more tax loopholes because they know not to bite the hand that feeds them.

When they say rich they mean parents that struggle to keep their kids in college and paid up health insurance. They mean the people being bled to death by an Entitlement Society. The entitlement addicted, are guaranteed Democratic voters and keeping them dependent is re-election insurance for power-mad despots. Our elections have become a sham.

Middle-class people are generous, caring and responsible. They help their neighbors and donate to charity. The middle-class has become enslaved, abused and relentlessly punished for productivity. At some point they will draw a line in the sand and revolt. A tax revolt or waging war on a corrupt government can’t be far away.

We must remember those that govern us no longer live on the economy they create. Just check out the cost of the Obama, his and hers vacations. Nancy Pelosi’s taxpayer funded expense account could float a small nation.

If the middle-class does not begin to fight back they will become extinct. They must realize the raw power that have to vote by withholding taxes and by vigilante style tactics to combat despotic politicians. They have no choice but to change their docile and sheep-like obedience to government.

Being a tax and spend politician must become a very dangerous occupation or the middle class and the American way of life will die.
Posted by Paul Huebl Crimefile News at 9/13/2011 10:55:00 AM