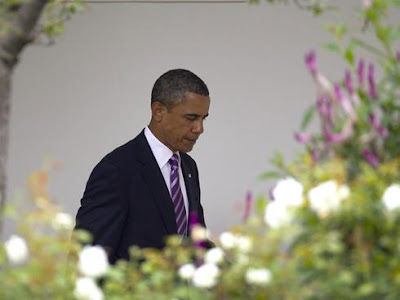 Washington, DC—He promised Hope and Change. Things have changed, but for the worse and his amateur Marxist methods have made things virtually hopeless.

Under Barack Obama we have more, not less war, a secret rather than transparent government and a full-scale Whitehouse war on our wallets and Liberty.

The hated Patriot Act has been expanded not reduced and the Obama Administration TSA thugs have been allowed to run wild. His Homeland Security Secretary, Janet Napolitano has not so quietly adopted many of the frightening methods used by the Stazi and Gestapo.

What began as a covert operation to supply a massive amount of guns to known Mexican and Central American criminals was exposed by whistle-blowing BATFE agents. Those agents became horrified when two American federal agents were murdered with those same guns. The body count related to Operation Gunwalker and Fast and Furious is still being tallied.

The motivation for the shocking criminality by the Whitehouse was to create a crisis of violence that would demonize American gun rights through a propaganda campaign. Obama has long favored amending our Bill of Rights, by signing a UN Civilian Gun Ban Treaty.

Obama actually told his friends at the Brady Violence Center he was working behind the scenes to facilitate gun bans. The Brady people were so giddy with excitement they spilled the beans about Obama’s stealth approach to gun control.

When anyone knowingly supplies a deadly weapon to a criminal and it’s used in a crime the person furnishing the weapon is always prosecuted for that crime whether it’s armed robbery or murder. Any day a special prosecutor will have to deal with that investigation and prosecution.

Local prosecutors in Arizona are certainly not precluded from presenting the facts to a Grand Jury and obtaining Indictments.

I seriously doubt that Obama will be allowed to even finish his first term. Obama has proven to be a ruthless great divider. Obama’s lawlessness is about to finish his tortured presidency.

That says it all, in a nutshell. I agree with you that Obama is not worthy even to complete his first term. I disagree with you, however, that this is a real possibility.

The Wall Street Bankers and other connected billionaires put this Socialist goof with no real life experience in the White House, so that they could continue to financially rape this country, while fooling the people into thinking they were getting a President that was significantly different than George W. Bush. IF these bankers and billionaires want him in for a second term, then it is a DONE DEAL. If they find someone else for 2012 they like better, then Obama will be dropped as the expendable window dressing that he is.

The bankers and billionaire CEOs own the mass media (TV networks and major newspapers). The mass media will promote Obama if they are told to, in 2012, just as they were told to in 2008. Watch out if the media gives attention to any phony, 3rd-party candidate that arrives on the scene next year. A 3rd-party candidate would split the anti-Obama vote with the Republican running, thus assuring an Obama re-election.