Charlie Sheen and Two And A Half Men Must Reunite 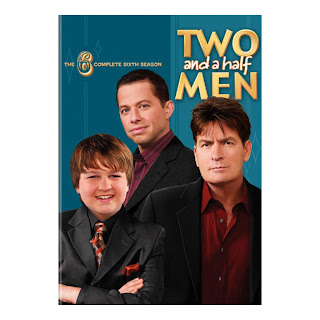 Los Angeles, CA—I don’t watch television beyond some news programming. Most television is total crap especially with all the poorly contrived reality programming.

I got hooked on Two and a Half Men after seeing it on several airline flights. The show is hilarious and the original cast is wonderful. The writing is top notch and Charlie Sheen has proven himself to be a gifted actor and comedian.

No group of humans can create an entertainment masterpiece without a lot of blood, sweat and tears. Sometimes people become unreasonable and also very hurtful. We can guess what happened between the show’s creative geniuses, Lee Aronsohn, Chuck Lorre and Charlie Sheen. They had a falling-out that appeared to be beyond nasty and Sheen began a journey into an abyss.

I was hoping the hyped meltdown was just a clever Hollywood publicity stunt. That seemed unlikely when they cast Ashton Kutcher as a replacement for Charlie Sheen.

Kutcher has obvious entertainment chops and a fan base but he does not seem to fit into this dysfunctional group of characters. The show must go in with the terminally edgy Charlie Sheen or it’s over for good.

The rest of the cast and crew deserve to continue on without the premature death of Sheen’s character, Charlie Harper. That can only happen by CBS and this group of entertainers arriving at a decision to bury old garbage and give their audience what they want. If that happened the show would be more popular than ever. That would simply translate into cold hard needed cash.

As for Kutcher he was caught in the middle of this mess and there are contractual issues to deal with for sure. That’s something that can be dealt with later.

Charlie Sheen may have been a disappointment to people in a lot of different ways but as an entertainer he’d only disappoint by failing sharing his entertainment gift. Charlie Sheen needs to continue wearing those ugly shirts and doing what he does best. Charlie Sheen, CBS and Chuck Lorre need to write more television history by catering to their audiencce.
Posted by Paul Huebl Crimefile News at 9/16/2011 08:43:00 AM

I think Charlie has and continues to redeem himself. Time to give him a second chance! COME ON CBS!