Celebrating the Fourth of July 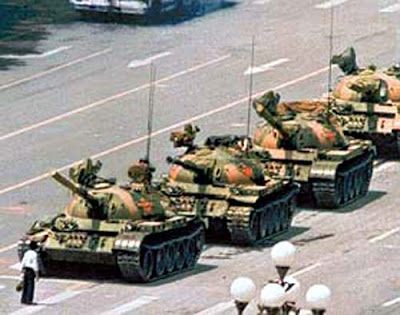 The cause of Liberty was improved somewhat by the reaffirmation of Americans gun-rights by the Supreme Court.

Other than that things are dismal. We have more people in our prisons than any other nation on earth. Far too many are there for victimless crimes and offenses like Martha Stewart’s misleading some FBI agent. Gun collectors are still facing prison for some really non-dangerous highly technical violations of obscure gun laws.

I have a serious sense of doom as the forces of the Far Left have hijacked both political parties and given us two really pathetic and unqualified candidates to lead our nation. This as we are dealing with what may be the largest bank failure disaster since the Great Depression and as soaring oil prices along with the falling dollar can only bring civil unrest in our cities.

Instead of having social unrest over worthy issues the turmoi will be over demands for an unlimited nanny. In the past Americans would fight over out-of-control taxation, random searching of Americans at government checkpoints and government’s unwanted involvement in every aspect of our lives. Those days of fighting for liberty and freedom are apparently over.

It may be a good idea to see if some of us can get dual citizenship and a second passport from the few non-Socialist countries left of our parents or grandparents. America may never be the, land of the free and home of the brave again in our lifetime.

Why do Americans bother to celebrate a holiday wrapped around the freedom they have rejected long ago?
Posted by Paul Huebl Crimefile News at 7/04/2008 07:50:00 AM

Not to hijack your posting but, a couple of years ago, I did two one-week seminars at a university in Wuhan, in the People's Republic of China. Outside of the classroom, I got to chat with some of the students and we talked about lots of things. One day, I mentioned the incident you have pictured in this blog. The students were only vaguely familiar with the Tianamen Square incident and, this particular image and the associated standoff between one couragous individual and a Chinese tank, was completely unknown to them.
Yeah, there are a lot of things in the USofA that scare me, and I have a growing dislike of the press for all its prejudice. But it is also true that -- or at least it appears to be true that -- I can still find conflicting opinions, arguments, discussions, revelations and exposes on the net. Those college students in the PRC, however, aren't able to see what I see.
Now the only question is, can I really see what's going on? What don't I know that's not visible to me?
That's where blogging is. You write what you see. I write what I see. And if my writing gets edited or blocked, I'll know it, and I'll raise bloody hell.
Blogging = Freedom of Speech.

The days of free speech on the Internet may be numbered. The politicians hate the fact that their dirty laundry has unlimited life in cyberspace. They are already trying to figure out a way to stop or control political postings before each election.

Is that a picture of Daley Center Plaza??

That's what was needed at the Taste of Chicago last night.

Thats just Daley getting ready for the Pro-Gun rally.