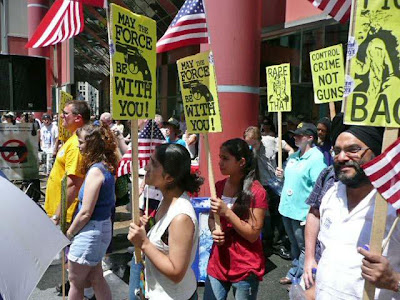 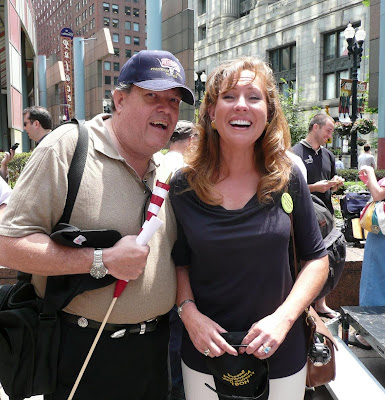 In light of last month’s Heller Decision from the United States Supreme Court Hundreds of Chicagoans rallied at the James Thompson Center within sight and sound of both City Hall and the state offices during a business day.

The main guest speaker, Dr. Suzanna Gratia-Hupp is seen here with me in a festive mood. In the other picture is my pal Raj Singh with his two lovely daughters, Kirin and Jaslene who were there to send a loud message to some rogue politicians that the State of Illinois must obey the law of the land.

There was a full press cadre but few media outlets published or broadcast the images and sound they captured. I guess they were there hoping for some kind of misconduct like in so many other demonstrations Chicago has hosted. Most media pretended this never happened.

Ok,testosterone aside,a bright woman who is a huge asset to the 2nd amendment.

Paul, why does she look more scared than happy?

And not even a blurb in the local papers. Surprised?

she is lovely. i also liked the NRA belt you wore, and the buildings in the background are way cool. much better then the teresa Heinz Ketchup bottle you had on the table in your other photos.

The media did just what I thought they would, well most of them . We must continue to keep up the fight.