2016 Olympics In Chicago? Surely You Jest! 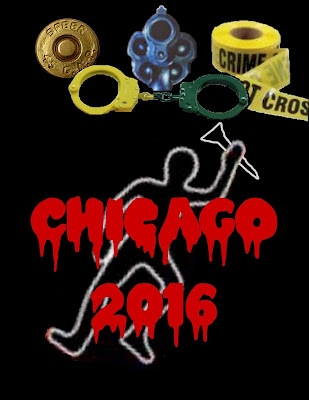 Chicago—These days Chicago can’t hold any public event without having Black on Black murders and shootings imported into these events from the ghetto.

Chicago’s gun laws only work to keep the law-abiding disarmed. The morale of Chicago’s undermanned and inadequate police department has never been lower. They would never be able to keep up with the tremendous crowds or the vast network of criminals preying on them.

Proper policing can only work as a partnership between citizens and police. Today there is no such partnership in Chicago. The law-abiding are unarmed and hiding in their bathtubs from the bullets because Liberal gun control never works.

Chicago’s corrupt politicians and bureaucrats can be counted on to play the extortion game against every business trying to get a piece of the huge financial windfall that comes with this event.

Holding the 2016 Olympics in Chicago will bring a violent crime bloodbath along with a huge public corruption crime wave that will begin right on the Fifth Floor of City Hall.

The Olympic Committee and the taxpayers of Chicago should say no thanks to having the games in Chicago.

I borrowed the clever homicide chalk graphic with the Olympic Torch from my friends at secondcitycop.com.
Posted by Paul Huebl Crimefile News at 7/05/2008 05:18:00 PM

The city is planning on bringing in private law enforcement to handle the Olympics. Don't you remember how well it worked in Atlanta? They had pre-printed forms ready for arrests that already read "African-American Male." Civil rights fly out the window for this event! Join us, NOGAMESCHICAGO, and prevent Daley from decimating this city further!