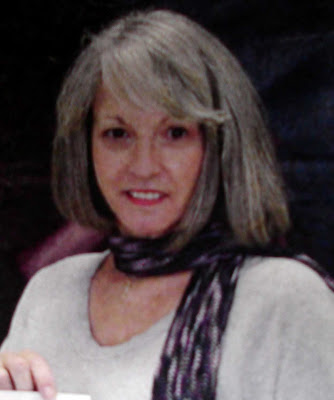 Corona, CA-Susan Atkins was exactly what nightmares were made of. The reign of terror inflicted upon innocent citizens by Atkins and the Manson Family almost stand alone in history’s most depraved killings 39 years ago.

Atkins escaped the death penalty imposed on her by the trial court. Before and after the Manson rampage thousands of men and women have been executed for lesser crimes.

Since her murder rampage Atkins slowly rejected her mentor, Charles Manson and became a well-behaved prison inmate. Atkins has done all those things we want criminals to do and is no threat today. Atkins is now incarcerated only for punishment rather than rehabilitation. Atkins will not survive more than several months.

Atkins contracted cancer. The disease has brought the amputation of one of her legs. Now she has months to live because of untreatable brain cancer and she is no longer capable of walking or even sitting up in bed.

I will spare the hearts and flowers crap for another day. The cost of keeping Atkins in custody is an extravagant exercise that taxpayers don’t need. This is beyond punishment for Atkins. The only people being punished are Atkins’ family and friends who are in no way involved in the events that happened so long ago.
Posted by Paul Huebl Crimefile News at 7/17/2008 06:47:00 AM

Paul: Who are you kidding? The state is going to take care of her medical treatment whether she is in or out of prison, and does she have a family that will provide the hospice necessary for someone in her condition?

Life is tough. It's even tougher when you're criminal who gets caught or stupid; or a combination of either.

Remaining where she is, is probably best for all concerned...including the families of her victims.

All The Best,
Frank W. James

The entire Mansion Family deserved death but that did not happen. They deserve all the severe punishment they've gotten and more.

Now the bitch is dying and setting her free is meaningless since she is a prisoner of cancer. I say let her out we need prison space for dangerous people and she is no longer dangerous.

Well, we all deserve death in God's eyes. And that's what we'll all get, sooner or later. For now, a little compassion for a dying and apparently repentant woman would be appropriate. And yes, the state should continue to fund hospice for her. Let her die if not in peace at least in the company of family.

Hey Paul , You got a picture of Sharon Tate that was taken recently . I don't think so. That's why she should rot in prison and die . that was her punishment and that is what she will serve , until she's dead. Screw her and all them Mansons.

With the exception of Manson, himself, the rest of those convicted for the Tate/LaBianca killings no longer pose a threat to society and are being made institutional examples of.

Way beyond their need for rehabilitation, their remaining behind bars makes us all feel good about our Justice System. We remember them and pat ourselves on the back thinking that Justice exists when, every single day, people who have done equally horrendous, but much less publicized things, get out on parole. It´s a mirage. A ruse.

Still, statements against the System aside, of all of the Manson members, I have the least pity for Atkins in particular. She killed Sharon Tate personally. Stabbed her more than ten or fifteen times as Tate screamed and begged for her unborn child´s right to live... Told her: "I have no mercy for you, bitch. You´re gonna die, and you might as well get that into your head right now." And thus the miserable, ugly, evil little witch annihilated the happy, beautiful, good princess. What a power trip it must have been.

That image can never be forgotten and will always be associated with Susan Atkins in our minds. As it damn well should be. Ask yourself, for however drugged and manipulated you were, could you do this? There was, from Day One, something fundamentally twisted inside this woman. Before she even met Manson.

Even Leslie Van Houten said that she "looked away and started into an empty room..." when she was on the verge of stabbing the already near-dead Rosemary LaBianca.

Atkins even got an immunity deal from the DA´s office in exchange for testifying against Manson. She blew it. She got the Death Penalty and it was commuted to Life. Way too many chances already.

Atkins should forget about asking for more consideration and live the rest of her days quietly, showing the dignity in death that, tragically for all, she acquired way too late in life.

no way, no how-let her stay where she is