Chicago Is In A Real Law Enforcement Crisis 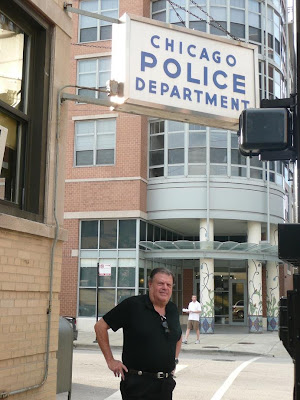 Chicago—I spent nearly a week in my birthplace learning about the ticking metropolitan time bomb.

During my Chicago travel I drove around 018, 019 and 023 the most. I rarely saw any marked police vehicles in the affluent or yuppie neighborhoods.

I interviewed a dozen cops in 001,012,018, 019,023 and at O’Hare. The neighborhoods of these police districts included Downtown, Old Town, New Town, Lakeview, Wriglyville and the near West side.

In order to insure candid interviews I promised the officers that I would not identify them as sources for this article. The answers came as if I had only interviewed only one cop rather than a dozen.

The officers said they were in a mess. They fear for their jobs, pensions and families. They are all riding 99 (the radio designation for one man cars) even during peak hours for violent criminal activity.

These days the officers I talked with will no longer make stops on cars with multiple suspicious occupants. The officers are also reluctant to make any contact with large groups of gang types in rough neighborhoods for the same reason. The dangers are twofold, physical danger and the very real danger of unwarranted race based complaints.

The officers view their duties as that of report takers and crime scene clean-up crews always responding after the fact.

None of the officers I talked to believe they have the support of the administration. The officers feel they are expendable because they see so many fellow officers humiliated and striped of their stars and police powers after bogus complaints.

The department is substantially undermanned because of retirements and a large portion of officers on medical leave or light duty. The officers told me many, if not most the officers are abusing medical excuses because the morale is at an all time low. One officer said, “Why go to a job you have grown to hate when you can be paid to stay home?”

Some officers complained about being out gunned and don’t really believe they will ever see the M-4 carbines J-Fed said were being issued to the officers. Some cited the lack of in-service firearm training and 30 rounds per year ammunition allotment as a sick joke.

Others revealed that promotions within the department these days have little to do with qualifications, ability or fairness. The civil service system has been scrapped to accommodate sexual paramours, political hacks and race based shenanigans.

Many officers feel they’ve become the whipping boys for the media. They say reporters hate officers and the mission of the police. The officers feel that most of Chicago’s reporters are simply programmed products of politically, Far Left Liberal college professors.

I asked the officers each about Chicago’s gun control laws and for their opinion. The officers all told me that the city’s gun ban worked against them. Some told me that small business owners can’t fight robbery or extortion and the thugs take full advantage of the situation.

When I asked about concealed weapon permits for law abiding citizens every officer I interviewed said it would be a good idea.
Posted by Paul Huebl Crimefile News at 7/16/2008 06:51:00 AM

Insightful, as always. It's very useful to get this inside look and to read the perspective. Those of us who are not police form conclusion from our own perspectives, and this is helpful to add different angles.

To some extent the interviews confirm what many of us think. The us vs them attitude is pretty strong, and the sense of it's a job not a calling has grown into minimize the risk and keep the money. Of course, when one realizes the odds-against have increased as a result of the other side accessing more effective weapons and them having greater numbers. No question but that would be demoralizing.

However, we read way too much of cops using extreme action on soft targets. Does that minimize the risk to cops? Usually, except when they shoot one another or are shot by people defending their homes from apparent robbers -- the most famous case being Katherine Johnston a couple years back in Atlanta. Consequently, many of us are reluctant to support more manpower/better weapons for cops. And that ends up adding to cops' demoralization.

It's a tough problem, and I just don't see a realistic solution.

I fell sorry for the poor bastards at CPD.

It has to be one of the worst depts to work at, in the nation.

To the citizen that claims we use "exteme action on soft targets":

What you saw played in the media over and over again was but a small percentage of our department. More than 95% of CPD are honest, hard working people that used to love this job until politics and nepotism took over. Why work and put your future on the line when your own boss looks for ways to hang you out to dry? I am a female CPD officer with over 20 years on this job and have seen it changed for the worse throughout my career.

Why should we put our reputations and futures on the line if the city will settle any frivolous lawsuit out of court instead of fighting and defending us? We do our job the way we were trained to do it and the city still pays some a** more money than you and I would make in our life times.

If the city would take a stand and stop paying $5000 to anyone that complains, then maybe they would stop getting sued!!

Thanks Paul,nice to hear a report from a veteran. CPD is in horrible shape,I hear it from all corners too. The situation is now making the national and international news.


It seems that Sheriff's Correctional Officers are up to 40%+ undermanned at the jail. Patrick Fitzgerald even stated that Chicago/Cook County pays the highest taxes in the nation,where is the money going????

He stated that something is wrong. It seems that the money and manpower issues are popping up everywhere. There is MUCH MORE to come.

The ISP is seriously undermanned too,where are the troopers at? There is no way that they can deploy ISP Troopers to the city,they don't have them to spare.

They can't use the Illinois National Guard either,most are on overseas deployment in Iraq,Afghanistan,Gitmo,the Horn of Africa,etcetra. God Forbid something serious occurs in Chicago,we will hurt badly.

"Looking" asserted that my comment "claims we use "exteme action on soft targets". Looking, you'll never make detective with observation skills like that!

I wrote -- and you can check this out -- "we read way too much of cops using extreme action on soft targets." I did not write say all cops or most cops or even many cops. I have no idea whether it's 5% as you suggest.

Even so, we do read too much of bad behavior. While 5% seems low, it may well be because that's what gets reported. Like the situation in California where a deputy busted a fellow deputy for DUI -- that didn't get reported, at least until the buster was fired and the bustee was promoted.

It seems to me there are not just two types of cops. there are three. The good ones, the bad ones, and those who cover up for the bad ones. Altho Paul and I may sometimes disagree on who are the bad cops -- he defended Ivory Webb, who gunned down his own prisoner -- I count Paul among the good guys who does not hesitate to call out the bad guys. Consequently, Paul helps me to attribute positive intent to other cops. "Looking," you might consider this if you excuse bad behavior as being only 5%.

And yes, I am a citizen, just as I assume you are -- hopefully the CPD is not recruiting illegals!

Did you recognize the equipment and beat cars, paul? because it's the same shit you used 25 years ago when you were a rookie...

"When I asked about concealed weapon permits for law abiding citizens every officer I interviewed said it would be a good idea."

Thats good to know for us little people.

They need to find a happy medium between getting rid of the bad cops and supporting the good cops. Unfortunately, the bad apples spoil it for everyone. I grew up in Chicago and lived there until a few years ago. I am terrified of Chicago Cops. Even when they pull you over for a traffic stop they treat you like a piece of crap, every other word is the "f" word. I must say that I had one cop actually stop to help me with a flat tire and I had another cop give me a ride home when I was carjacked. I try to think of them when I am faced with an a****** cop. I try to convince myself that they are not all horrible, but it's hard. Maybe there should be some incentives for cops to report eachother.

Its too bad the CPD is struggling and in my opinion it has something to do with the hiring of the new Super. He made changes that brought the moral down within the department and the CPD had been taking a beating in the news. Video tape of a cop beating a bar tender then the corruption within their special operations squad didn't help matters. Another cop beating a man in a wheel chair, yet another brawl in a bar involving cops again. Then cops are arrested in a towing scam! Also as soon as a bad officer is uncovered he is protected by co-workers which brings mistrust within the department. It also seems when the bad guy is shot for pulling a gun on a cop, the parents are quick to say not my kid even though they are caught with guns on them! The cops are now being blamed for every shooting which is not fair! The department has also been short handed, and now the mayor is talking layoffs. You lay off at factories not in law enforcement especially with a city of almost 4 million people. Wake up mayor its up to you to pump some moral back into the department!