The Supreme Court Says Criminals Need Not Register Their Guns In America. 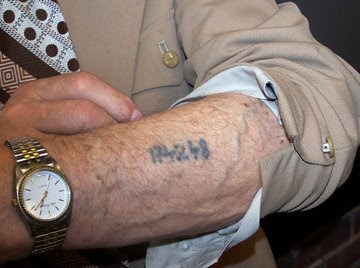 That has been the law of the land since 1968. I’ve had the gun rights haters tell me I was crazy when I’ve asserted America’s felons and ex-convicts are exempt from any form of firearm registration schemes. Registration laws are only government harassment tools to victimize law-abiding gun owners and invade their privacy.

Gun registration is both an expensive and meaningless exercise especially since gun sellers at every level are required to keep records under existing federal law. Why in the world do state and local government need to duplicate what already exists under federal law?

There are in fact two Supreme Court cases that have held requiring felons to register their guns violates their Fifth Amendment rights against self-incrimination. The strongest most often cited case is Haynes v. United States, 390 U.S. 85 (1968)

U.S. Supreme Court Haynes v. United States, 390 U.S. 85 (1968)
No. 236 Argued October 11, 1967 Decided January 29, 1968
Syllabus
Petitioner was charged by information with violating 26 U.S.C. § 5851 (part of the National Firearms Act, an interrelated statutory system for the taxation of certain classes of firearms used principally by persons engaged in unlawful activities) by knowingly possessing a defined firearm which had not been registered as required by 26 U.S.C. § 5841. Section 5841 obligates the possessor of a defined firearm to register the weapon, unless he made it or acquired it by transfer or importation, and the Act's requirements as to transfers, makings and importations "were complied with." Section 5851 declares unlawful the possession of such firearm which has "at any time" been transferred or made in violation of the Act, or which "has not been registered as required by section 5841." Additionally, § 5851 provides that "possession shall be deemed sufficient evidence to authorize conviction, unless the defendant explains such possession to the satisfaction of the jury." Petitioner moved before trial to dismiss the charge, sufficiently asserting that § 5851 violated his privilege against self-incrimination guaranteed by the Fifth Amendment. The motion was denied, petitioner pleaded guilty, and his conviction was affirmed by the Court of Appeals.

Held:
1. Congress, subject to constitutional limitations, has authority to regulate the manufacture, transfer, and possession of firearms, and may tax unlawful activities. Pp. 390 U. S. 90, 390 U. S. 98.

3. A proper claim of the privilege against self-incrimination provides a full defense to prosecutions either for failure to register under § 5841 or for possession of an unregistered firearm under § 5851. Pp. 390 U. S. 95-100.

4. Restrictions upon the use by federal and state authorities of information obtained as a consequence of the registration requirement,

5. Since any proceeding in the District Court upon a remand must inevitably result in the reversal of petitioner's conviction, it would be neither just nor appropriate to require such needless action, and accordingly the judgment is reversed. Pp. 390 U. S. 100-101. 372 F.2d 651, reversed.
Posted by Paul Huebl Crimefile News at 7/03/2008 08:45:00 PM

Hey,Illinois registers people just like the Nazis too.Can I get one of those cool tats Mr. Daley??