When Is A Symbolic Hanging Free Speech? 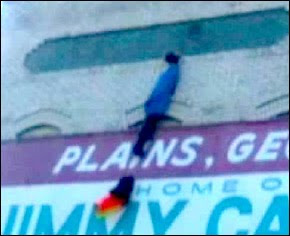 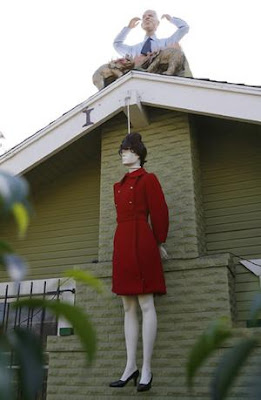 Plaines, GA—Some prankster unhappy with Barack Obama took a manikin and made it resemble the president and hanged it as some kind of nasty statement. It has brought rebuke, outrage and an investigation from the United States Secret Service.

In October of 2008 in West Hollywood, CA Vice Presidential nominee, Sarah Palin suffered the exact same indignity and it only generated laughter and glee. No charges were brought but the man who put that one up took it down after reflecting on his poor choice of a visual statement.

Both of these events are indeed ugly. The First Amendment gives American’s the right to unpopular thought or speech.

Had this been a effigy hanging of Adolph Hitler in Germany, those responsible would have gotten quick trials and sent to Berlin’s Plötzensee Prison death room along with some friends and family members.

Ugly free speech needs protection or we will be having judges trying to determine if some imaginary speech line was crossed with a particular message.

Ugly speech should be discouraged through social rather than legal means. 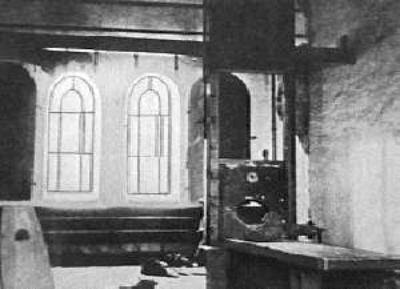 In the foreground is the Plötzensee Prison guillotine used to behead most victims until the sheer number of executions during the Third Reich made that method impractical. After this, most victims were hanged from the hooks behind from piano wire.
Posted by Paul Huebl Crimefile News at 1/04/2010 03:21:00 PM

The Secret Service's crack investigators found an invitation to a White House State Dinner in the mannequin's pocket!!!