Airline Security Is In A Shambles--Situation Hopeless 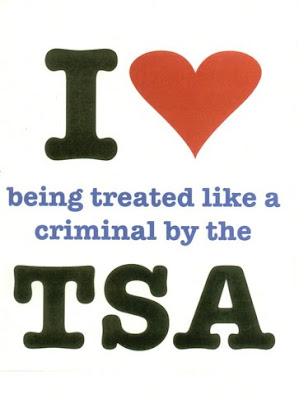 Washington, DC— Today Barack Obama could not offer an explanation or excuse for the Pantybomber event of Christmas Day over Detroit. Every step along the way intelligence, screening and searching failed.

The TSA is now in at a state of siege and grandma and the children are paying dearly with additional and unnecessary harassment. Homeland Security from the top on down is a patronage driven mess. This cannot be solved and we can’t made reasonably safe from determined terrorists.

The past few days has been filled with insanity well beyond the Keystone Cop's model. Some man enters through an exit door and shuts down an airport. Of course they can’t find the culprit and the security cameras were not operational. A airport employee's package shuts down another airport and yet a third airport locks down over three jars of honey.

The so called full body scanners will reveal large knives, guns or grenades. Explosives in powder, plastic or liquid form will defeat the scanners with minimal care in packaging. Human body cavities can conceal enough explosives to blow a hole in any airliner and bring it down. The explosive sniffer technology will only detect explosives carried by terrorists that are sloppy and don’t wash their hands.

I fully expect to see pedophiles and perverts employed by the TSA tirelessly watching their X-rated monitors. Will they be looking for bombs or body parts?

Behavior profiling along with keeping people off our planes and soil from unfriendly countries are the only positive security that can work. Remember we are at war.

During World War Two we interned American citizens of Japanese and German decent under the leadership of that famous liberal, Franklin Roosevelt. I don’t suggest this kind of extreme but keeping the inhabitants of hostile nations away is not unreasonable.

What we are doing is waging war against Americans because a foreign enemy. That must make us the laughing stock of the world.

Watch this TSA worker assault me because I was shooting video on the street outside of Terminal 2 of LAX airport. Shooting the video was perfectly legal and despite TSA rules forbidding this kind of enforcement a TSA worker determined that this middle-aged, white blogger’s camera was the a huge threat to airport safety. This is our TSA.

With this kind of judgment what kind of help is the TSA?

The TSA douchebag had no business confronting anyone with a camera for shooting video. She became a criminal when she pushed you and tried to grab your camera. You should have thrown the bitch down the stairs instead of retreating from her and had her charged with assault.

If they try manhandling me they are in for some serious injury. I’d have given the racist Nazi bitch a chop to the throat with the edge of my hand.

This is the only thing we need to do to make the air travel safe again.