Pink Slips Set To Rain On Phoenix Police And Firefighters 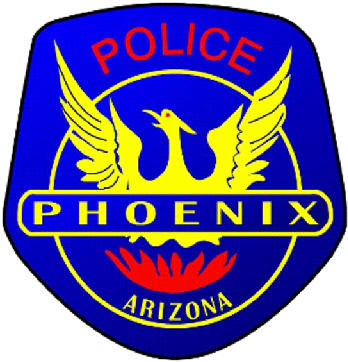 Phoenix, AZ—Decades of wasteful spending has caught up with that tax and spend mayor and city council. Taj Mahal building projects along with an ambitious and unneeded light rail system put this city in bankruptcy. Of course the local politicians never wanted for campaign contributions from those profiting from out-of-control pork spending.

The Phoenix Police Department had 400 vacancies as it was and now they are firing an additional 350 sworn officers. The department is reading to collect badges, guns and other equipment from the officers they’ve spent millions to train.

This will be the first time in the city’s history that sworn officers are being laid off.

As this is happening releasing prisoners is on the negotiation table. Thankfully people in Arizona can carry concealed weapons and have seen self-defense laws beefed up in recent times.

144 Phoenix firefighters will also find themselves out of work. It may be a good time to invest in fire extinguishers and examine insurance policies.

Somehow I don’t see criminals taking over the city any time soon. In the last couple of days Phoenix homeowners have sent a couple of home invaders off to meet their makers.

As neighbors learn to protect neighbors the bad guys may find themselves on the endangered species list. Perhaps we will need more body bags and fewer prison cells.

How about your thoughts on open- versus concealed-carry, Paul? Is open-carry a deterrent? Does it guarantee you'll be the first target when something goes down?

Ed, I’m not into open carry for civilians under most circumstances. I support the right but I believe that that method invites a breach of the peace and false allegations. For example there are many folks who received minimum five-year prison terms under Arizona’s Aggravated Assault law because of people’s phony allegations.

Police, prosecutors and juries would convict people bases on one man’s word that another pointed a gun without independent evidence. If these so-called crime victims never saw the gun they would not have made the phony reports to police.

There are also tactical disadvantages associated with open carry.

So much for the idea of moving out west to escape the insanity of Chicago.

The United States of Socialist AmeriKa is becoming reality.

This once great nation is doomed, prepare now!

We will not and can not come out of this financial bilking. There are no jobs, no industry, no manufacturing, no more creditor nations, no more false promises.

Reality is setting in and it it not pretty people.