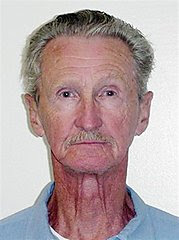 In March of 1963 the two criminals drove the captive officers up to farmer’s field just outside of Bakersfield and the trip culminated in an attempt to execute them. Hettinger was able to escape but Campbell was brutally murdered by the salt and pepper pair. 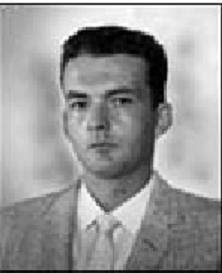 Originally Powell and Smith were sentenced to death but after the U.S. Supreme Court ruled in the famous Fuhrman vs. Georgia case the cop killers were given life and the possibility of parole.

Smith was paroled several times but kept reoffending and died in prison in 2007.

Powell never made parole and blamed former LAPD cop and author, Joseph Wambaugh for bringing him too much publicity and wrecking his chances for parole after the book and movie The Onion Field were released.

Powell who is 76 years-old educated himself in prison as an effective jailhouse lawyer and judging by some of his correspondence I have read he seems to have excellent writing skills. Powell spent most of his life behind bars and if the police protective league has their say he will stay in prison.

This update from the AP!
A California Board of Prison Terms panel found the 76-year-old Powell unsuitable for parole Wednesday after a hearing at the California Men's Colony at San Luis Obispo. It was his 12th parole hearing.

Deputy District Attorney Alexis de la Garza, who was at the hearing, said the denial was for three years.
Posted by Paul Huebl Crimefile News at 1/27/2010 10:11:00 AM

i say release him

I don't want this guy out even if he has reformed until he needs nursing home care and is too feeble to ever hurt anone. Unlike the Manson girls who were first time criminals, Powell was a career criminal when he murdered Campbell.

I don't like the death penalty but Powell deserved it in a big way. Too bad Hettinger and Campbell were not able to overcome and kill those two monsters.

Release the old guy. As he walks out the prison gate, sniper drops Mr. P with a head shot. The End..

HE NEEDS TO DIE IN JAIL, PERIOD!