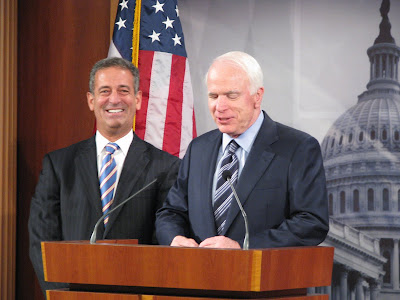 Washington, DC—The United States Supreme Court rang one out for Free Speech by flushing the McCain-Feingold down the toilet where it belongs.

The speech muzzling legislation was mislabeled as Campaign Finance Reform to mislead the public. The bill made political speech a crime 60 days before an election. The National Rifle Association or similar organizations were prohibited from disclosing a political incumbent’s voting record during that most important period. We know politicians hate educated voters.

The laws of libel and defamation are solid and protect us all. It was the truth that the politicians could not handle. I think more members of Congress than ever will be flushed down the toilet as well. We can only both McCain and Feingold are among them!
Posted by Paul Huebl Crimefile News at 1/24/2010 04:45:00 PM

Email ThisBlogThis!Share to TwitterShare to FacebookShare to Pinterest
Labels: McCain

I applaud the Supreme Court for standing up for and defending free speech. It seems like progressives like to keep their voters stupid so they can't find out about reality.