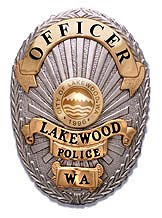 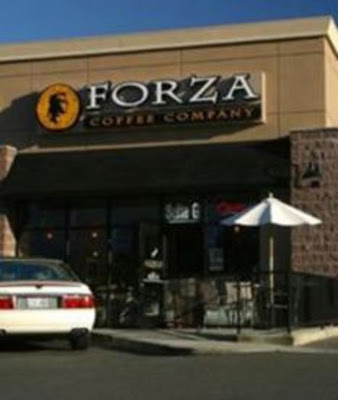 Tacoma, WA—The Forza Coffee Shop near McChord Air Force Base was the scene of cowardly attack where at least two Male, Black suspects opened fire and killed four Lakewood police officers who were working on their lap tops and having coffee prior to reporting for duty around 8:30 AM.

At least one of the dead Lakewood officers is a woman.

The suspect/s fled and Pierce County Sheriff’s deputys have taken jurisdiction of the crime scene.

A manhunt for the killers is underway and a $10,00 reward for information leading to the suspects was immediately offered. People with information should contact authorities at 253-591-5959.

Update: Police now believe there was only one gunman. They are looking for a career criminal and mental defective but are not yet calling him a suspect. They also beliebe that the gunman may have been wounded by the return fire of one of the dead officers.

From The Seattle Times: 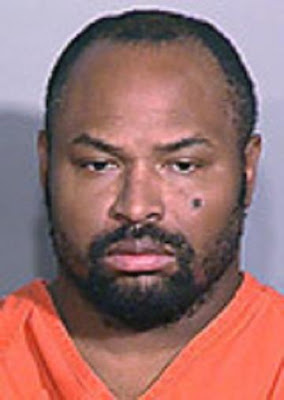 Maurice Clemmons, the 37-year-old Tacoma man being sought for questioning in the killing of four Lakewood police officers this morning, has a long criminal record punctuated by violence, erratic behavior and concerns about his mental health.

"This is the day I've been dreading for a long time," Larry Jegley, prosecuting attorney for Arkansas' Pulaski County said Sunday night when informed that Clemmons was being sought in connection to the killings.

Clemmons' criminal history includes at least five felony convictions in Arkansas and at least eight felony charges in Washington. The record also stands out for the number of times he has been released from custody despite questions about the danger he posed.

Clemmons had been in jail in Pierce County for the past several months on a pending charge of second-degree rape of a child.

He was released from custody just six days ago, even though he was wanted on a fugitive warrant out of Arkansas and was staring at eight felony charges in all out of Washington state.

Clemmons lives in Tacoma, where he has run a landscaping and power-washing business out of his house, according to a police interview with his wife earlier this year.

He was married, but the relationship was tumultuous, with accounts of his unpredictable behavior leading to at least two confrontations with police earlier this year.

During the confrontation in May, Clemmons punched a sheriff's deputy in the face, according to court records. As part of that incident, he was charged with seven counts of assault and malicious mischief.

In another instance, Clemmons was accused of gathering his wife and young relatives around at 3 or 4 in the morning and having them all undress. He told them that families need to "be naked for at least 5 minutes on Sunday," a Pierce County sheriff's report says.

"The whole time Clemmons kept saying things like trust him, the world is going to end soon, and that he was Jesus," the report says.

As part of the child-rape investigation, the sheriff's office interviewed Clemmons' sister in May. She told them that "Maurice is not in his right mind and did not know how he could react when contacted by Law Enforcement," a sheriff's report says.

"She stated that he was saying that the secret service was coming to get him because he had written a letter to the President. She stated his behavior has become unpredictable and erratic. She suspects he is having a mental breakdown," the report says.

Deputies also interviewed other family members. They reported that Clemmons had been saying he could fly and that he expected President Obama to visit to "confirm that he is Messiah in the flesh."

Prosecutors in Pierce County were sufficiently concerned about Clemmons' mental health that they asked to have him evaluated at Western State Hospital. Earlier this month, on Nov. 6, a psychologist concluded that Clemmons was competent to stand trial on the child-rape and other felony charges, according to court records.

Clemmons moved Washington in 2004, after being released from prison in Arkansas, state Department of Corrections records indicate. That would mean he had gone five years or so before landing in serious trouble with authorities here, according to a review of his criminal record.

Long history of trouble in Arkansas

News accounts out of Arkansas offer a confusing — and, at times, conflicting — description of Clemmons' criminal history and prison time.

In 1990, Clemmons, then 18, was sentenced in Arkansas to 60 years in prison for burglary and theft of property, according to a news account. Newspaper stories describe a series of disturbing incidents involving Clemmons while he was being tried in Arkansas on various charges.

During one trial, Clemmons was shackled in leg irons and seated next to a uniformed officer. The presiding judge ordered the extra security because he felt Clemmons had threatened him, court records show.

Another time, Clemmons hid a hinge in his sock, and was accused of intending to use it as a weapon. Yet another time, Clemmons took a lock from a holding cell, and threw it toward the bailiff. He missed and instead hit Clemmons' mother, who had come to bring him street clothes, according to records and published reports.

On another occasion, Clemmons had reached for a guard's pistol during transport to the courtroom.

When Clemmons received the 60-year sentence, he was already serving 48 years on five felony convictions and facing up to 95 more years on charges of robbery, theft of property and possessing a handgun on school property. Records from Clemmons' sentencing described him as 5-foot-7 and 108 pounds. The crimes were committed when he was 17.

Clemmons served 11 years before being released.

But Clemmons remained on parole — and soon after landed in trouble again. In March 2001, he was accused of violating his parole by committing aggravated robbery and theft, according to a story in the Arkansas Democrat-Gazzette.

He was returned to prison on a parole violation. But in what appears to have been a mistake, Clemmons was not actually served with the arrest warrants until leaving prison three years later. As a result, Clemmons' attorney argued that the charges should be dismissed because too much time had passed. Prosecutors dropped the charges.

It appears that Clemmons remained in trouble with Arkansas authorities even after moving away. This year, while Clemmons was living in Washington, a warrant was issued for his arrest, accusing him of being a fugitive from Arkansas.

More home grown Muslim Terrorists? We will soon find out.

Were they Muslims? said...

Paul thru tragedies like this we have to learn by others mistakes. This was a tactical nightmare. Four cops all sitting together into their lap tops. I suspect these suspects saw them before doing the same thing.

I bet we later learn that their were black Muslims serving their religion (Islam.) Check out these blacks Muslims praising their Jihads on cops (in the comments section)

Paul good post. I agree with the comment re a potential Muslim jihad. Time will tell, if the police will ever release that info.
Ponder on this fact. Had the patrons/ citizens been armed in that coffee shop, they could have returned fire saving a cop(s) life henceforth killing the assassin.

Another news release just advised the owner of the coffee shop may have been a retired cop. Where was his gun?

LETS MAKE SURE HUCKABEE'S POLITICAL CAREER IS OVER