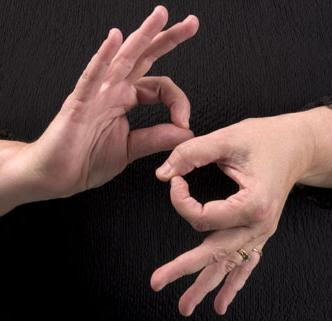 Chicago, Il-Donald Lang was a poor, African-American deaf mute. Lang was the subject of cruel jokes his entire life as he tried to cope and be self-sufficient. Lang did not know sign language, lip reading or how to read or write.

I met Lang during the period the Cook County Jail’s guard force went out on strike in the early 1970s. Lang appeared to be well adjusted and seemed to understand whatever it was I wanted him to do. I asked him when his next court date was and he’d point to a calendar date. Lang’s understanding was uncanny. Lang would grunt, groan and had the pantomime skills of the late, great Marcel Marceau.

I really enjoyed my time with Lang and found he was incredibly interesting. He truly seemed to be able to read other’s minds.

Lang was being held for a second murder of a prostitute that was attributed to him. He walked on one murder charge after making legal history. Lang was appointed a deaf lawyer, Lowell Meyers who proved to be a real hero in this saga.

The issues of Miranda rights, self-incrimination and police evidence gathering were well beyond all conventional wisdom’s solutions. Nobody in the American justice system was capable of dealing with the complexities of Lang’s case.

Lang was an incredibly strong and hard working kid who had no special education or guidance for coping in a hearing world. His existence and ability to survive was based on his comedy skills and what he could physically do to earn money. He had a tough job at the South Water market. Lang was reliable and very grateful to have a job.

Lang loved women but lacked traditional romantic skills. Lang was reduced to love for cash and carry. There were problems in that Lang’s apparent sexual appetite and ability were nearly super-human. The local hookers wanted his money but he was more than they could handle.

Unfortunately Chicago’s West side hookers were not all stellar women with a proper work ethic. They and their pimps sometimes resorted to robbery, even murder in their sordid and drug induced world.

We will never really know what led to the deaths of Lang’s two known victims. Justifiable homicide and self-defense seems plausible but impossible to investigate without solid and accurate information form Lang himself.

Lang seemed smart enough to know that officials wanted him to get training in sign language and such not to help him but to perhaps even kill him in the electric chair.

Lang was in a legal, No Man’s Land having beat one charge of murdering a prostitute only to be arrested again for a similar killing after his release from jail.

I don’t know where Lang is today. Lowell Meyers has long since passed away.

Author, Ernest Tidyman wrote a book, Dummy which was made into a well made 1979 movie staring Levar Burton, Paul Sorvino and Brian Dennehy. The movie was broadcast on CBS and never made it to home video and is never re-broadcast on television. I call it lost art.

Here is a CBS tease for this film that I found.

Very Interesting Paul............... You always find something cool..... This I would love to find somewhere..... Fascinating to me, to see a man like this, and what he is accused of. Knowing the Westside, anything can happen.

I have just watched the movie on True Movies Premier so it can be seen.

The 1979 movie,based on this case,"Dummy", starring LeVar Burton,as Donald Lang,is now available from Warner Archive. It can be found at amazon.com

I watched this many times from its original broadcast, elementary school classes, junior high classes, and high school classes. So a lot of teachers at least recorded it on VHS tape given how many times I saw it after its TV broadcast.

What has happened to Donald Lang?

Donald Land was last known to be at a Chicago Mental Heath Center in 1993. It is beleived the hearing impaired unit, which housed approximately 25 recipients, was developed because of Donald's case. Since then the building has been torn down and has been replaced with an Assisted Living quarters for the elderly.

it is on dvd on amazon http://www.amazon.com/Dummy-Paul-Sorvino/dp/B00501BH88

I was a little girl when I saw the movie Dummy. It has always haunted me, because I believed Mr. Lang was innocent until driven to murder by being raped while fighting his case. Only until tonight as I searched for an update after all these years, am I grieved to find that he did infact murder these women. The authorities also commented that there had been several others but could not prove it. I do not judge Mr. Lang, for I cannot know what drove him to commit such acts. I only sorrow for him and the person's he hurt.

Very interesting movie and the true to life stories here.we never know if Donald was a murderer or not only god knows for sure.but if so then maybe it was his inability to communicate with women so he had to find prostitute's and he was deeply and a mental state.